Everything They Wrote About St. Louis Is Now Wrong 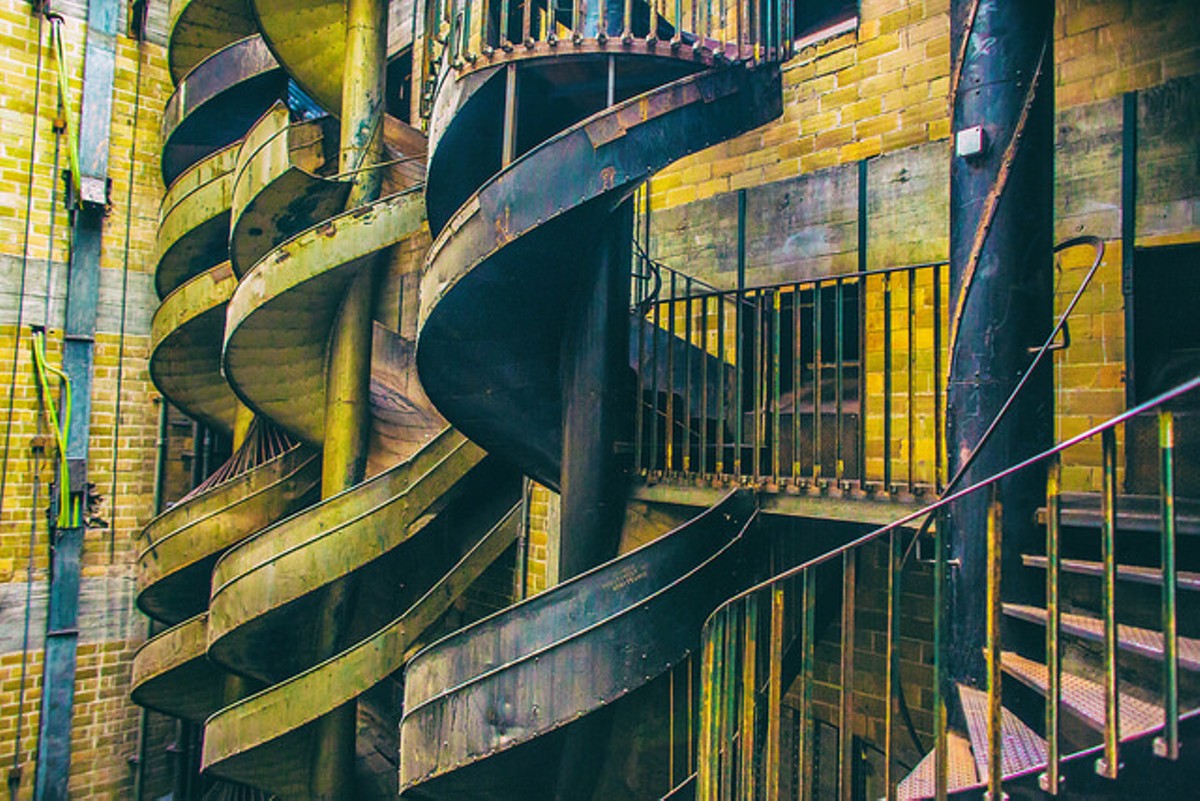 St. Louis has a history that stretches back beyond the birth of America. We have been French, Spanish, German, the last city in the East, the first city of the West, the second-greatest metropolis in the country, a broken hulk rapidly losing population and a city fighting its way back to respectability. Yet to listen to our greatest literary lights describe the place, St. Louis is a total shithole.

Indeed, a prolonged dive into the works of the many authors who were born here or lived here reveals a persistent negativity about the place. Most of the big-name writers were here in the twentieth century — the onset of the "broken hulk" part — which might account for their downbeat perspective. But the good news is this: Looking at the city today, their observations are no longer true. In some cases, they weren't even accurate at the time. 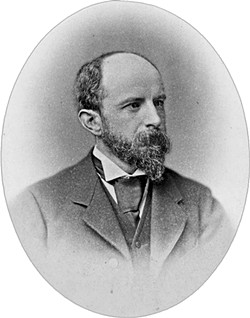 Take Pulitzer Prize-winner Henry Adams. The descendant of two American presidents and a first-class historian, his long view of the past didn't preclude him from crapping on St. Louis when it was a bustling, growing metropolis. Check this ass out as he assesses the town after a visit to the 1904 World's Fair:

"One saw here a third-rate town of half-a-million people without history, education, unity, or art, and with little capital — without even an element of natural interest except the river which it studiously ignored — but doing what London, Paris, or New York would have shrunk from attempting."

It's the typical East Coast bullshit you hear about St. Louis — mostly wrong then and certainly wrong now. No history? St. Louis had a Revolutionary War battle (which a rag-tag group of French farmers, free blacks and Native American St. Louisans won!) and a wild skirmish during the early days of the Civil War that saw a mass of German immigrants (all Utopians who believed in the sanctity of basic human rights and the abolition of slavery) throw down with "Southern heritage" types in what is now Grand Center. As for education, at that point in time Saint Louis University was already 86 years old and Washington University was planning its first great expansion into the fields just west of Skinker. The Saint Louis Art Museum had similar plans.

St. Louis grew exponentially throughout the first half of the twentieth century and then entered a period of steep decline. Counterculture writer William S. Burroughs was born here in 1914. As a young man he felt out of place in the city (a friend's mother told him he had the look of "a sheep-killing dog") and dreamt of being a writer or an outlaw. As an adult he became both, creeping through the underworlds of multiple cities in pursuit of heroin, other homosexual men and illegal firearms. In time he became a leading light of the avant-garde literary movement, publishing sprawling narratives that drew upon the nebulous regions of his mind, his pursuit of numerous illegal habits and his obsessions. (A major one was using the power of writing itself, cut up and reassembled into a new structure, to reshape reality around him; more on this later.)

His international reputation established, Burroughs returned to the place of his birth in 1965 for a magazine assignment. Upon alighting the train in Union Station, he was shocked to see the state of his old stomping grounds.

"But what has happened to Market Street the skid row of my adolescent years? Where are the tattoo parlors, novelty stores, hock shops — brass knucks in a dusty window — the seedy pitchmen — ("This museum shows all kinds social disease and self abuse. Young boys need it special" — Two boys standing there can't make up their mind whether to go in or not — One said later "I wonder what was in that lousy museum?") — Where are the old junkies hawking and spitting on street corners under the gas lights?"

Burroughs' fondness for his hometown mostly stemmed from its weird, rundown parts. You can still find that if you know where to look, but Market Street is doing better. The gas lights are gone, and there are more legitimate businesses in the vicinity these days: the Peabody Opera House, Scottrade Center, a recently refurbished Soldiers Memorial. The old grim days are gone. 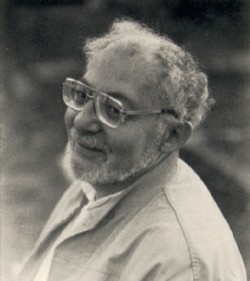 Some transplants saw nothing but the grimness. Stanley Elkin left Chicago for St. Louis in 1960, and he would spend the final 35 years here teaching at Washington University and marshaling his dazzling prose in the service of novels, short stories and essays. In 1980 he published a corker of a first-person essay in Esquire, "Why I Live Where I Live." In it he lays out his dubious affections for his adopted home.

"And I live where I live because I am comfortable, because the climate is equable, because the movies come on time but the theater is road show, second company, because the teams are dull but we get all the channels, because there can't be four restaurants in the city that require jackets and ties and there's a $25,000 ceiling on what city employees may earn and I make more than the mayor, the head of the zoo. Because I feel no need to take the paper."

It's not a glowing recommendation by any means. One might take a charitable view and surmise that this was Elkin poking a little fun at his adopted neighbors, but there is too much the sting of truth there. In 1980 St. Louis was in the doldrums.

But what a difference 38 years has made. We may still be a dress-down city, but two St. Louis chefs have won James Beard awards for innovative and exciting cuisine in the last two years alone. The region is home to a vibrant theater scene that routinely mounts world premieres and fosters young talent, and the venerable Muny welcomes Broadway regulars to its stage every summer. Even more incredibly, local impresarios Jack Lane and Terry Schnuck have been part of production teams that put together Tony Award-winning plays. 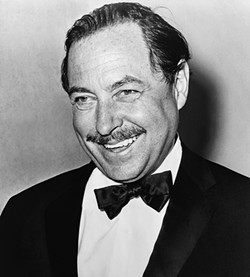 The most interesting case of a writer seeing St. Louis but imagining something better has to be playwright Tennessee Williams. Tom Williams arrived in St. Louis in 1919 when he was eight years old, a frail Southern boy who disliked his father and was doted upon by his mother. His father worked for the International Shoe Company; in the early 1930s he got Tom a job in a warehouse as a typist.

The man who would be Tennessee worked there for three years and then suffered a nervous breakdown brought about by the grinding, inhumane nature of life in a busy warehouse. He channeled this dreadful experience into a short story, which he then adapted into a play.

Stairs to the Roof, completed in 1941, is Williams' final work of juvenilia, bursting with a young man's optimism and hope for the future. In it, a stage version of himself suffers from life in the prison of work. "A Prayer for the Wild at Heart Kept in Cages" was the subtitle of the play, and in it Williams' alter ego goes on a nighttime adventure in which he meets "the Girl," who is well-suited to help find "curiosity, courage and the lust for adventure." At the end the two escape the world through a trap door in the roof of the building, with plans to perhaps "colonize a star."

This desperate, hopeful play about a young man creating a better future recalls something of William Burroughs' fascination with using the written word to alter reality. In Williams' case, the process succeeded in fantastic fashion. What was once an International Shoe Company warehouse is now the City Museum, a multi-story funhouse dedicated to rewiring the modern human brain to shun work in favor of exploring, dreaming and appreciating the beauty all around us. The delightful postscript is that these days in St. Louis, you can indeed escape through its roof to ride a Ferris wheel, or board an actual airplane and dream of world beyond.