How to Beat the Heat This Summer in St. Louis 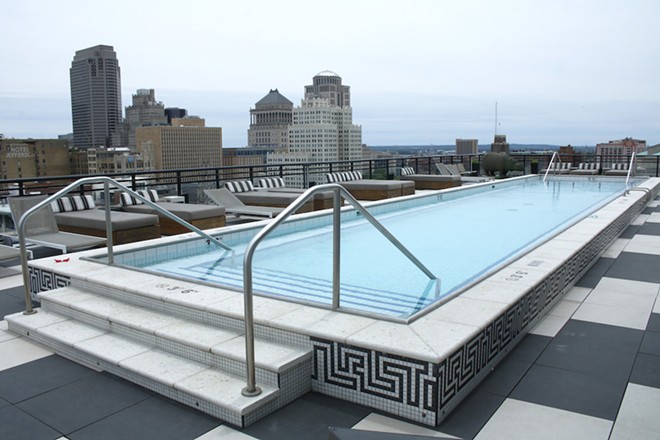 Monica Obradovic
The rooftop pool at the Last Hotel.

Summer is a great time to be outside, but it's also hot. One of the best parts about summer is cooling off — either poolside or by staying indoors. Here are some options if you don't want to swelter. —Rosalind Early

Most Likely to Become Your Favorite Pool
The Last Hotel (1501 Washington Avenue, 314-390-2500) and Hotel Saint Louis (705 Olive Street, 844-979-1032) both offer exquisite rooftop pools. Ten stories off the ground, the pool atop the Last Hotel is open to both guests and non-guests who purchase a resort pass. In between laps you can grab a drink at the bar and take in expansive views of the city's skyline — and peek over at the rooftop of the hotel's wacky neighbor, City Museum. About eight blocks east, Hotel St. Louis also has an excellent pool with bar service. This pool comes with a nice view of Busch Stadium and the Old Courthouse. —Ryan Krull

Most Likely to Cool Down for Free 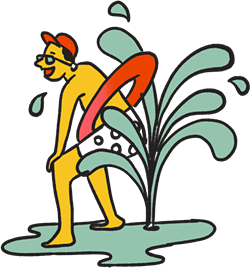 Noah MacMillan
Cool off for free at CityGarden's Spray Plaza.

Keep both your mind and body off the heat at Spray Plaza (City Garden Sculpture Park, 801 Market Street) where, in the heart of downtown, hundreds of nozzles rhythmically shoot water from the ground. It's a great spot to spend a hot afternoon, running back and forth trying to dodge the sprays (or not). But what makes this plaza a true gem of the city is that it is surrounded by City Garden Sculpture Park, home to two-dozen world-class art installations. In between splash sessions you can check out Eros Bendato, by Polish artist Igor Mitoraj, hands down the most fun sculpture of a hollow-eyed, decapitated head on either side of the Mississippi. The grown-ups can speculate about the piece's comment on inhibited passion while kids can climb on top of and inside the empty head itself. While you're there, be sure to check out the city's most divisive art installation, Richard Serra's Twain, right across the street. City Garden is open from 6 a.m. to 8 p.m. —Ryan Krull

Most Likely to Quench Your Thirst for Revenge
Join the Cherokee Street Theater Company for a night of theater, revenge and humor sharper than a Hattori Hanzo katana. On a series of Friday and Saturday nights at the Golden Record (2720 Cherokee Street), Cherokee Street Theater will perform comedic parodies of Quentin Tarantino's Kill Bill Vol. 1 and 2 films. The action-packed tales tell the story of a blood-thirsty assassin who seeks revenge for the murder of her husband and wedding party by murdering all who were involved. Cherokee Street Theater's parody of the movies promises to be just as gory. Those who sit in the first two rows of the performances will be subject to a "splash zone" of fake blood, silly string and confetti. "Those 20 people will be the messiest people in town," says Ron Strawbridge, a partner with Cherokee Street Theater Company. Each show lasts 80 minutes and will be followed by live music and a full bar until midnight. Performance dates include June 3 and 4, June 10 and 11, and June 17 and 18. All shows start at 8 p.m.—Monica Obradovic

Most Likely to Make You Laugh 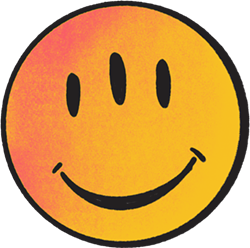 Noah MacMillan
Chris Rock and John Mulaney are sure to bring the laughs this summer.

Former Saturday Night Live writer John Mulaney is on tour again after a tumultuous pandemic that included a stint in rehab and a divorce. Expect a curious crowd that is hoping he'll spill the tea on what went on. Another comic turning lemons into lemonade this summer is Chris Rock whose Ego Death world tour added a second show after that infamous Will Smith Oscar slap. John Mulaney will perform at Enterprise Center (1401 Clark Avenue, 314-622-5400) on Friday, July 22, at 8 p.m. Tickets are $36.50 to $126.50. Chris Rock will perform at the Stifel Theatre (1400 Market Street, 314-499-7600) Saturday, June 11, and Sunday, June 12, at 8 p.m. Tickets are $48.50 to $122. —Rosalind Early


Most Likely to Make You Say 'WTF'
If the Oddities and Curiosities' ban on live bats doesn't tell you enough about the upcoming expo, here's a bit more: Find whatever your little misfit heart desires from over 150 vendors, dark artists and small businesses at the Oddities and Curiosities Expo's second return to St. Louis at the St. Louis Convention Center (701 Convention Plaza). Explore a wide array of creepy curiosities, from taxidermy animals to funeral collectibles. Performers will complete sideshow stunts throughout the day, such as sword swallowing and walking on glass.

For an extra five bucks, marvel at fairy-tale-esque creatures with real-life mutations at the Museum of Marvelous Mutation's Freak Show. Learn taxidermy through a two-headed-duckling taxidermy class. The expo drew a large crowd when it came to town last May and is a guaranteed good time for fellow weirdos from 10 a.m. to 6 p.m. on Saturday, July 23. Just don't bring any bats. Tickets are $10 to $15, the taxidermy class is $235.—Monica Obradovic

Most Likely Place You Will Smell What the Rock Is Cooking 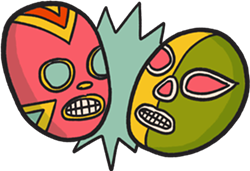 Noah MacMillan
Catch wrestling fever this summer.
Can you smell what Soulard is cookin', brother? It's not the pungent aroma of yeast and hops coming from the Budweiser brewery; it's MMWA Wrestling at the South Broadway Athletic Club.

MMWA stands for Mid-Missouri Wrestling Alliance, and it's the good stuff — semi-pro fun on the second Saturday of every month. Whether you're there to cheer on the good guy or boo the heel, South Broadway Athletic has got the heat all summer with wrestling shows galore. "Ten dollars at the door, cheap Saturday entertainment!" says Bob Moinahan, board member.

Most Likely to Make You Bust a Move 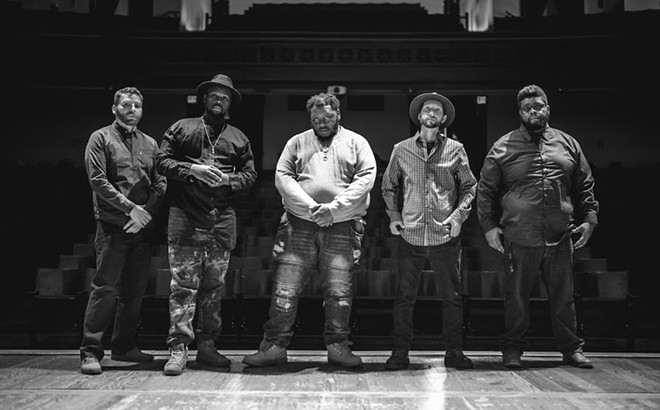 Beat the heat at Off Broadway (3509 Lemp Avenue) by jamming to some of St. Louis' coolest hip-hop acts. Several local musicians will perform at the eight-hour Hip-Hop Fusia Fest starting at 1 p.m. on Saturday, July 2. Hear the music of Looprat, a jazz/hip-hop collective consisting of four emcees and six instrumentalists. Check out iLLPHONiCS, a hip-hop fusion group and a St. Louis mainstay since forming 16 years ago. Other acts include Dominoe Effect, Dre'Co, The Greater Good and Native Sun. All ages welcome. Tickets cost $20. —Monica Obradovic

Most Likely to Get Glitter in Your Eye

Experience St. Louis' proudest neighborhood with the fifth annual Pride Bar Crawl from 4 p.m. to midnight on Saturday, June 18. Stumble (safely, with a friend) from participating locations including Open Concept, HandleBar and Sanctuaria. Festivities begin at Rehab Bar & Grill (4054 Chouteau Ave, 314-652-5700). Crawlers get two drinks with exclusive drink specials and tasty eats. A portion of the proceeds will go to the Trevor Project, a nonprofit proving mental-health services to queer or questioning youth. Tickets are $10 to $15. —Monica Obradovic