The Hitchhiker's Guide to St. Louis

Greetings, aliens and otherworldly travelers! We come to you as representatives of St. Louis, located in the middle of the United States, Earth's most accomplished civilization, if civilizations can be judged by the number of wars they can fight all at once.

Now that the U.S. government has finally gotten off its duff and admitted you guys are out there — not that their staunch denials over the years hadn't tipped us off or anything (if there's one sure way for this government to assure the public that a thing is true, it is to vehemently deny that thing) — we'd like to give you the dirty low-down about our fair city.

The short version is that St. Louis is, much like Earth at large, mostly harmless — so don't panic. As for the longer version ...

The Arch's primary function is to inform citizens of the city that they are, indeed, in St. Louis. Prior to its construction, St. Louisans would wander into exotic locales such as Cincinnati or Salt Lake City or Detroit. "Is this St. Louis?" they would ask themselves, scratching their heads, soon enough forgetting about their abandoned hometown. Frustrated city leaders installed the landmark, the esoteric shape of which makes citizens announce "it's the Arch" whenever they see it, helping to reinforce the idea that this is indeed where they live. The Arch also serves as a convenient loop on which to affix a hook so as to hang the Earth from a Christmas tree.

The official religion of St. Louisans, baseball is an odd pursuit. Groups of men (never women) gather and briefly launch hard spherical objects into the air; heavy limbs are quite desirable in this context. The trajectory of the sphere matches that of the Arch, which perhaps inspired the ritual. Baseballists are known as Cardinals, and their high priest is Ozzie Smith, a wizard who gave birth to beloved-icon-turned-foul-enemy Albert Pujols.

There are many different colors of this drink enjoyed by the people of St. Louis. Some of them are light and some of them are dark, and so are their beers. No one in St. Louis can agree which color is best, except the people of NoCo, who have settled on Busch beer, but only consume it dark, rundown buildings rife with bathroom graffiti. All beer comes from breweries, but only one is "the Brewery," and that one is run by the mighty horse-kings known as Clydesdales. Their signature brew doesn't exactly taste like horse piss, but it doesn't not, either. 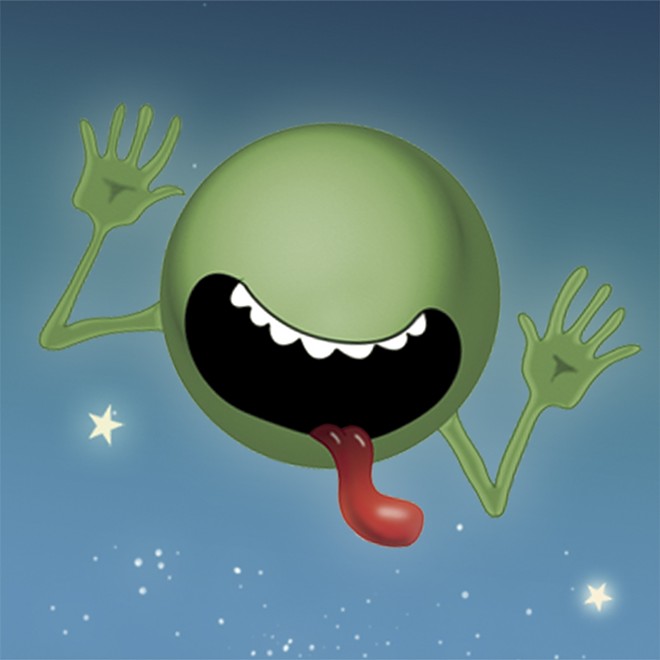 The blues is a state of mind, a feeling of sadness or regret. It is a longing, an ache, deep within the pit of one's soul. It is also a form of music that is meant to express and give voice to that longing, ideally using twelve bars. It is also the name of a bunch of guys who strap knives to their feet and regularly beat the ever-loving shit out of one another on a surface of sheer ice. This group tries to win more recognition than the Cardinals, but come April always fail to do so, which puts their adherents in the aforementioned state of mind.

These are red blocks, and they are everywhere. Some areas in town install them in the ground in a haphazard fashion meant to destroy the shocks in your car; other areas have whole buildings fashioned out of them in elaborate piles. St. Louisans are bananas about bricks to the exclusion of all other building material. 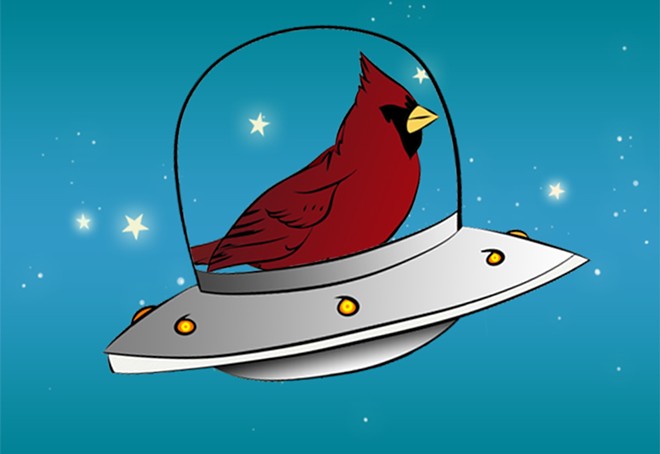 Prophet Most High, beloved for his ability to describe baseball. His proselytizing was broadcast throughout St. Louis and beyond, imploring the faithful to "Go crazy folks, go crazy!" Upon his death, a sequel Buck, Joe, was raised to the position of Most High, with mixed results. Fredbird is Joe Buck's brother, and happily mute.

Native cuisine is a crapshoot, often literally. Toasted ravioli is actually fried, and good. Brain sandwiches are exactly that, more's the pity. A concrete is a delicious frozen confection only available from two locations, both named "Ted Drewes." St. Louis-style pizza is divided into squares (?), and such is its thinness that it can be slid under any door — completely baffling. Regardless of shape, texture, palatability or smell, when it comes to food in this city, there will be vast amounts of it.

World capital of terrible drivers, and almost wholly useless except that in certain regions of this place, clothing is optional. People from Illinois claim they are from St. Louis, a statement almost never believed by a native St. Louisan. The only exception is Miles Davis, who was born in Illinois but who came from St. Louis.

A purely hypothetical mode of transportation borne out of the fevered dreams of a sentient pile of Hawaiian shirts. If you happen to have half a mil lying around he'll take it, thank you.

County residents say it's a great outdoor bathroom, but not a conveniently located one.

A natural resource that dictates the daily life of all St. Louisans. It is often too hot or too cold for them. Snow is the most fearsome weather, because it devours all the bread and milk not already in a St. Louisan's possession. For seven non-consecutive days each year the weather is mutually agreed to be "just right." No one knows when those days will come, not even the local fortune tellers, who call themselves "weathermen." This is to mark them as followers of "the Weatherbird," a magical creature who appears every day with a new prediction delivered via clothes and props.

An outdoor showroom of animal life, much of it not native to St. Louis, and also the preferred greeting for newcomers. "Have you been to the zoo? It's free," St. Louisans chirp when meeting someone new. This is a favorite paradox. The zoo is free, but the animals are not.n