At the St. Patrick's Day Parade in Dogtown on March 17, 2015, the sidewalks were crowded with people dressed in all shades of green, some with bright orange or green beards and some in just a green hat. People were stacked on hills, in trees, on balconies, roofs and porches all along the parade route. Presented by the Ancient Order of the Hibernians, the parade is the longest running in St. Louis.

People crowded the streets in green with beer outside of teverns, bars, houses and anywhere they could stand.

The most orange beard from the parade.

Revelers keep warm from the cold beer and cool afternoon with a blanket.

These future Hibernians were pretty happy to be toted around.

Leprechaun firetrucks are powered by gold. 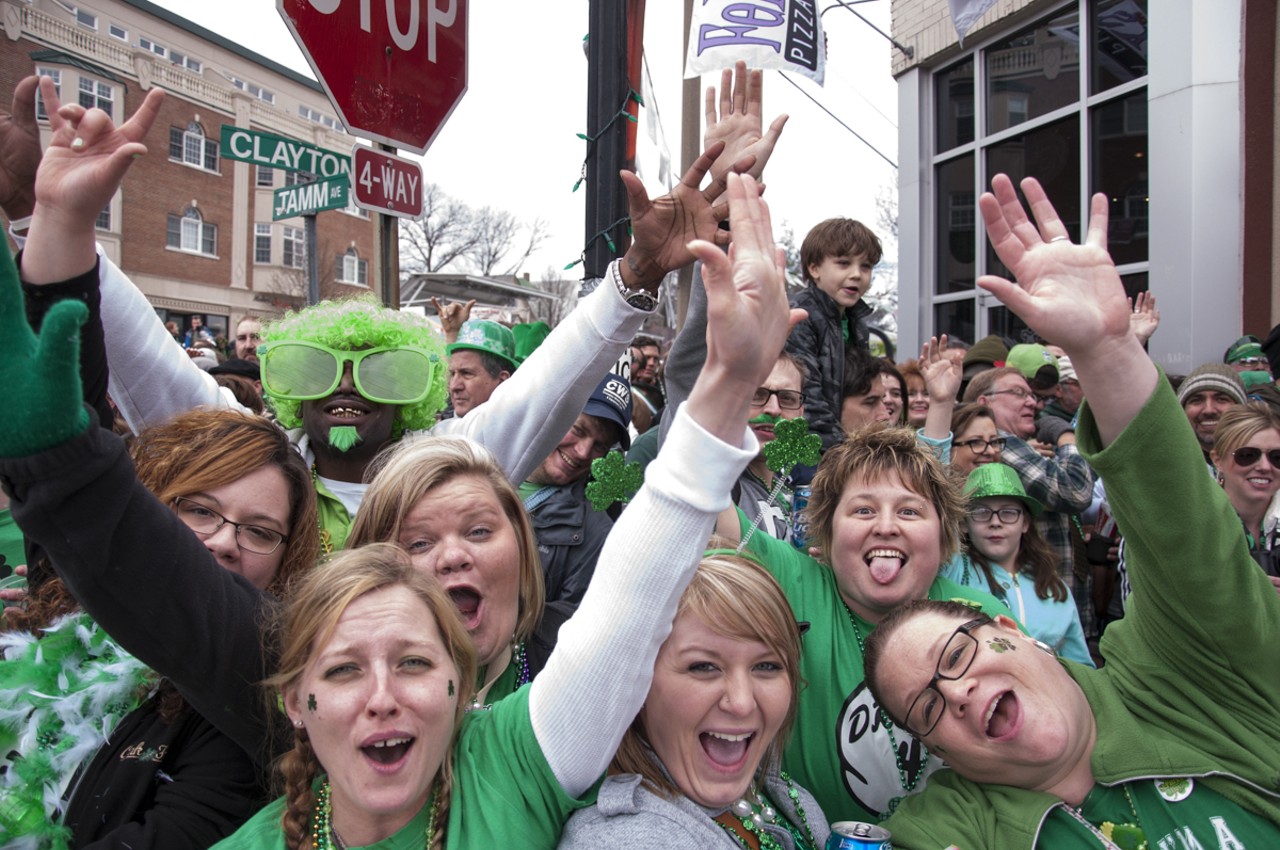 More of the raucous crowd.

Mary and Mary celebrated their shared birthday by attending the parade.

A tiny horn stolen from a leprechaun.

Kids in the crowd were excited to party with everyone.