Starting college is daunting enough on its own — add in the stress of moving to a new city, and you might be feeling like you're in way over your head.

And if you've moved to St. Louis for college, we'll be the first to admit: St. Louis isn't just any city. It's a quirky, one-of-a-kind town that locals love to brag about and hate at the same time (see "I Left St. Louis for College, and That's When I Began to Love St. Louis" for way more on that). Beyond our crime problem, which has earned us bad headlines from coast to coast, and our infamous polite distance to outsiders (where did you go to high school, anyway?), we may have some of the worst weather in the world (110-degree heat index in summer and zero degrees in winter? Come on!).

But with a little guidance, you can thrive in St. Louis. We've put this guide together with the mindset that you'll like St. Louis a lot more if you bother to explore it. We're recommending places to eat and drink, things to do, ways to get around and even attractions just outside the city for those looking for a little road trip.

Short on money? We've got a list of suggestions specially tailored for you. Our "Survival Strategies" includes a list of ten restaurants, ten bars and ten clothing shops to get you through the coming years without taking out another loan. College may be hard, but with a little inside info, St. Louis can be downright easy.
—Lexie Miller 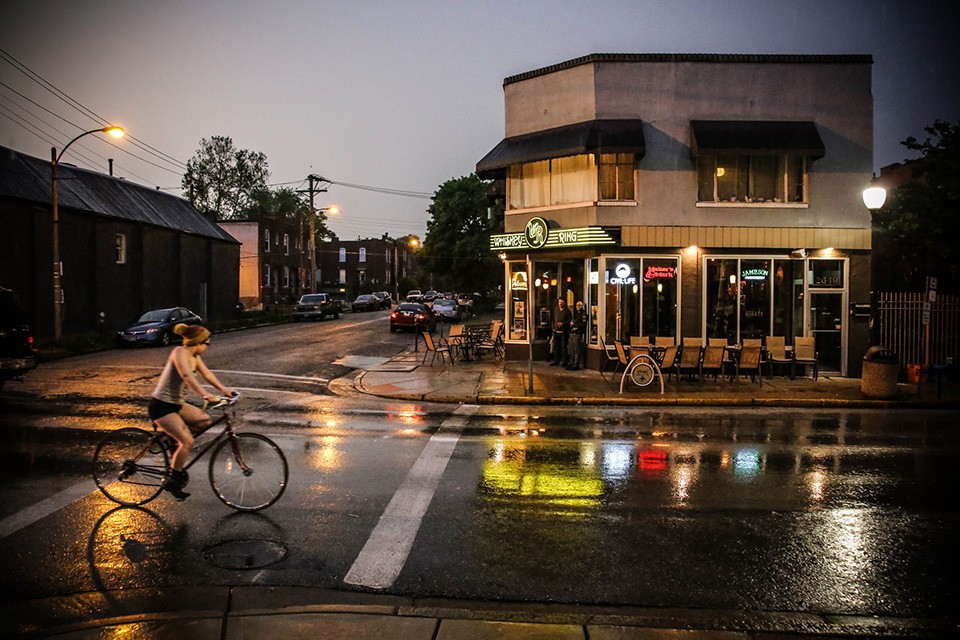 FLICKR/PAUL SABLEMAN
There's no better place to be than Cherokee Street.

Any campus can be an insular bubble, but if you can force yourself to get outside of it, there's a whole city's worth of fascinating neighborhoods to explore. Plan a day or even just an evening in one of these areas, and you may quickly find yourself scouting out post-dorm-room housing.

The Central West End
St. Louis' densest neighborhood is also one of its most youthful. It's positively brimming with med school students, law school students and young college grads — and, not surprisingly, that means a host of good restaurants, bars and coffee shops. (It's also very close to most of the area's major colleges; a ten-minute drive will get you here from SLU, Wash U or Fontbonne, although good luck finding easy parking if you come by car!)

The CWE is a bit pricier than other St. Louis neighborhoods, but plenty of low-key spots offer dinner (and drinks). Check out El Burro Loco (313 North Euclid Avenue, 314-224-5371) for huge margaritas in a host of fruit flavors, including lemongrass and watermelon. For a West Coast take on similar fare, Mission Taco Joint (398 North Euclid Avenue, 314-930-2955) offers great tacos and even better margaritas. Or check out Subzero (308 North Euclid Avenue, 314-367-1200), which offers sushi, burgers and more vodka options than anyone could ever partake in. Finish the night at Coffee Cartel (2 Maryland Plaza, 314-454-0000), a 24-hour shop where you can sober up with coffee or ice cream or just people-watch over a sandwich.

The Loop
This Wash U-adjacent area offers several blocks of good times, with everything from live music (the Pageant, Blueberry Hill) to art-house movies (the Tivoli) to comedy (Delmar Hall) to bowling (Pin-Up Bowl). One of these days, it may even get a trolley and not just tracks. You can get excellent coffee here at Blueprint (6225 Delmar Boulevard, 314-266-6808) or really good Korean fusion at Seoul Taco (6665 Delmar Boulevard, University City; 314-863-1148). Up way too late? Peacock Diner (6261 Delmar Boulevard, University City; 314-721-5555) will keep you filled up even in the wee hours of the morning. 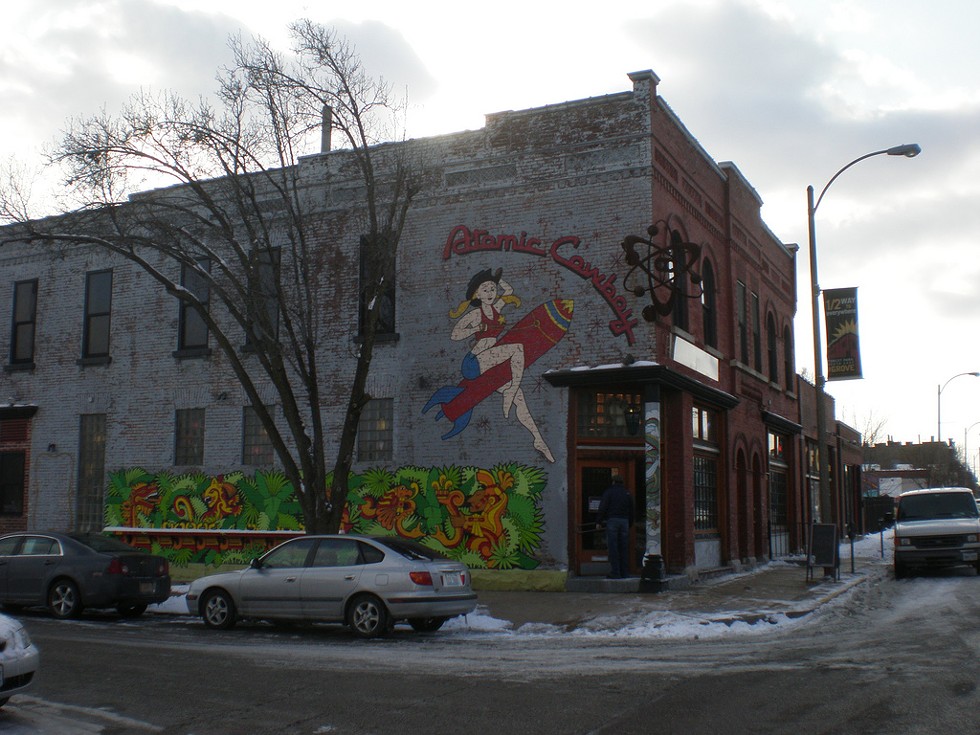 FLICKR/PAUL SABLEMAN
Atomic Cowboy is a nightlife hub in the Grove.

Soulard
One of St. Louis' loveliest historic neighborhoods, Soulard is tucked into a spot that's a bit off the beaten track just south of downtown. But you won't feel one bit isolated once you're here, because this area is also party central for the crowd that loves to indulge. You'll see buses full of suburbanites getting their drink on, bachelorettes and veritable football teams' worth of frat boys. And no matter how drunk you get, watch out for the golf carts — Soulard thinks of itself as a little island, and puttering around is the perfect way to get from Bar A to Bar B.