On the road to ruin or fame, the story of The Runaways 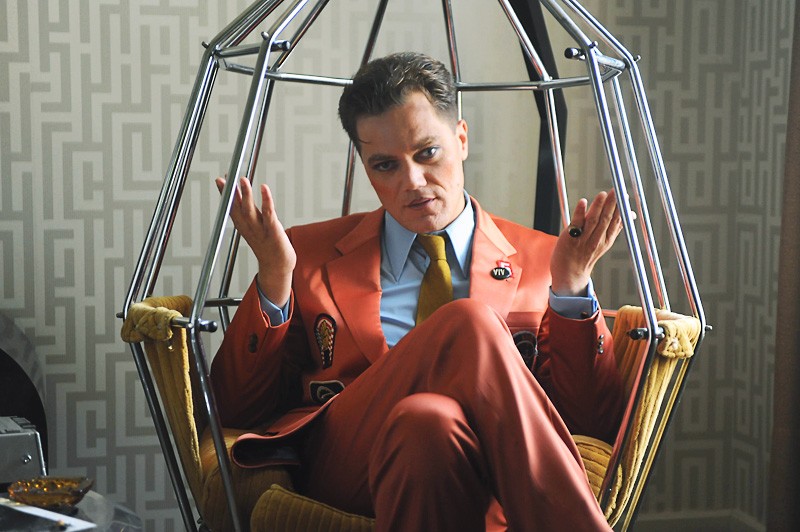 There's an obvious stunt element to the casting of The Runaways: a punked-up, barely legal Kristen Stewart and a still underage, barely dressed Dakota Fanning begging for street cred by playing dress-up as, respectively, Joan Jett and Cherie Currie, frontgirls of the oversexed '70s-era teen proto-punk sensation the Runaways. Watch sweet little Dakota strut around in a corset! Look at the chick from Twilight kissing girls and snorting massive amounts of coke! But under the stylish direction of Floria Sigismondi, what may be a stunt is also a movie worth taking seriously.

The film opens in 1975, in a dystopic LA floating between the Manson murders and the Polanski rape case. Brought together by charismatic weirdo/record producer Kim Fowley (Michael Shannon), the girls develop a "product" based on "women's libido" in place of women's lib. Cherie and Joan become fast friends, drinking vile blends of liquor-cabinet pilfered booze under a decaying Hollywood sign, Joan the tomboy Clyde to Cherie's glam Bonnie. With "I want an orgasm!" as their Fowley-dictated rallying cry, the pushing-sixteen-year-olds sell the notion that they're full of cum; young and dumb, it takes them awhile to figure out the dark side of hawking their sexual curiosity.

Jett is the first to wise up. When the band turns on Cherie for submitting to a solo soft-core photo shoot, it's because Joan understands that unless they set the terms of their own sexual empowerment, and its commoditization, then what's really happening is exploitation. "You could say 'no,'" she tells Cherie. It's a shock to the blonde; it's also the thesis of the film.

Jett's unique blend of allure and threat, apathy and determination, gets a mumbling hyper-naturalized take from Stewart — more Brando than Bella Swan. Her performance is largely internal — risky, considering that the built-in audience that probably made the Twilight star appealing to producers might not know what to make of the actress playing a character with so much going on in her head. Fanning tacks the other way, bravely embracing the physicality of her role but unable to nail its emotional complexities. (In other words: Stewart's performance makes you forget the baggage of the actresses' personal celebrity; Fanning's foregrounds it.)

The girl-on-girl kiss at the center of the film shocks for the simple fact that it's not gratuitous. Cherie and Joan's attraction is less about sex than natural teenage emulation — they want to be each other more than they want to be together — and its consummation, like all of The Runaways' most vivid sequences, allows Sigismondi to show off her music-video-honed knack for creating deep wells of feeling without dialogue.

Sigismondi gets the most mood out of chiaroscuro lighting, invisibly elliptic editing and well-chosen source cues, but actually saying something is harder. All that artsy, abstracted imagery is painted over the skeleton of a predictable rock movie — wide-eyed rise leads to free fall, which leads to rebirth and redemption — and that's fine. In The Runaways' first hour, there's a guttural pleasure to be had in riding waves of rock movie cliché spiked with socio-sexual commentary. The movie is at its best when working through the contradictions of teen sex-for-sale, when it's both turn-on and creep-out. And Sigismondi's nearly avant-garde visual choices elevate what would be junk food into something more. It's only when she abandons the expected rock biopic forward motion that the film runs into trouble.

The Runaways didn't sing slow songs, and after having taken so much tonal inspiration from the music itself, Sigismondi falters in trying to choke the film down to contemplative ballad-speed. After defining Cherie and Joan as two halves of the same whole, Sigismondi loses her way when the girls' personal problems tear them apart. As the director tries to follow each on their quest to move on without the other, sloggy crosscutting ensues. Joan gradually adopts a modicum of self-control, ditches the druggy hangers-on and gets to work smoking and mumbling vague snatches of potential lyrics in the bath — while Cherie spirals through drunken public meltdowns and beyond into the ultimate embarrassment: a straight job. This drowsy spell snaps when Jett is apparently struck by divine inspiration to cover "I Love Rock n' Roll" while jumping up and down on a bed in her panties. Sigismondi returns to the rock cliché that fueled the best stretches of The Runaways but junks the visual daring and feminist questioning. It's sexy but in the end skin deep.