My Name Is Rachel Corrie is a polemic. Got a problem with that? 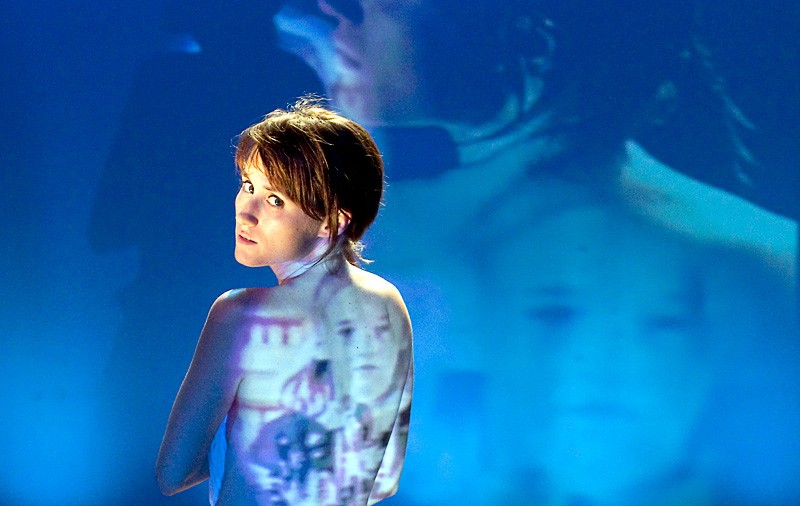 Something rare and eventful is occurring on the intimate black-box stage at Saint Louis University. The one-woman play My Name Is Rachel Corrie, which is being presented by the new, evocatively named Blue Rose Stage Collective, is providing Magan Wiles with a catharsis. Wiles portrays Rachel Corrie, the 23-year-old activist from Olympia, Washington, who seven years ago was crushed to death in the southern Gaza Strip by an Israeli Army bulldozer. Inspired by Corrie, Wiles also spent a summer in Palestine working with the International Solidarity Movement. Corrie was an eloquent writer; Wiles is an eloquent actress. Although these two idealistic young women never met, they are soulmates.

With this difference: Wiles is a creature of the theater, Corrie was not. In all the hundreds of pages of journal entries and creative-writing assignments she left behind, Corrie never once mentioned attending a play. If she did, apparently it had no impact on her. Yet ironically theater is where Corrie continues to live, especially when she is interpreted by an actress as gifted as Wiles. Wiles has been away from St. Louis for more than a year; she seems refreshed and sharpened by her absence. In this production directed by Tom Martin, she is a wonder to behold. It makes no matter whether the actress is sharing Rachel's innermost yearnings or simply moving furniture across the stage: She personifies total conviction.

Rachel Corrie arrives in St. Louis with a controversial history. Numerous productions around the world have been harassed and even canceled by those who think that a play that condemns Israeli brutality should be suppressed. What a nonstarter of an issue that turns out to be. True, Rachel Corrie is a polemic; it wants to arouse your emotions. So what? As far back as Euripides' Trojan Women, dramatists have used theater as a forum through which to advocate for causes. Theater has no responsibility whatsoever to be objective. More important is that a play contains a valid reason for being and that it engages our attention.

Midway through the evening, Corrie describes her interpretation of unbearable lightness. "Between life and death there are no dimensions at all," she suggests. "It's just a shrug, the difference between Hitler and my mother." Watching this polemic build to the needless death of a sensitive young writer, and hearing Corrie talk about how "we're all the same inside," one might conclude that the difference between Rachel Corrie and Anne Frank is no more than a shrug.

Of greater concern than Rachel Corrie's content is its form. For in cobbling together a script drawn from Corrie's extensive writings, actor Alan Rickman and British journalist Katharine Viner haven't so much presented Corrie onstage; rather, they have cut-and-pasted together a character who is named Rachel Corrie. They've removed any sense of chronology from her essays and e-mails. We don't see Corrie evolve through her precious words, because they have no sequence. Why, for instance, does her poem about taking mental-health patients to an Olympia Dairy Queen — which she composed nearly a year prior to 9/11 — directly follow the news of the attack on the Twin Towers? That confusing Dairy Queen interlude is a true momentum killer.

The two editors also sanitized Corrie's writing. They excised potentially incendiary words, like genocide. When Corrie reports on Israeli soldiers detonating a nearby explosive, the editors dropped the back half of her sentence, "one that appears to have been planted by Palestinian resistance." It's as if Rickman and Viner felt a need to protect Corrie rather than expose her unvarnished. Thus, we're presented with a performance rather than a person. And yet Wiles' passion is so inexhaustible, we leave the theater persuaded that the unbearable lightness between Rachel Corrie and Magan Wiles is but a shrug.