The 2010 St. Louis International Film Festival was to have been a triumphant homecoming for George Hickenlooper. Instead, it'll be a wake. 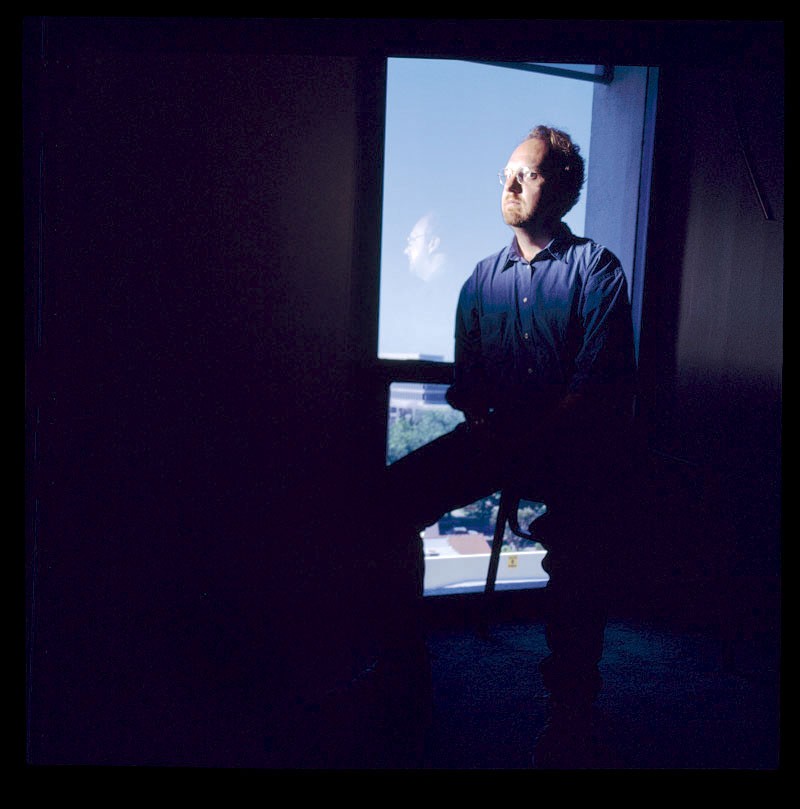 Good scripts were coming his way. A proper home office, plastered with posters from the twenty films he'd directed, was finally installed. The latest opus, a biopic with A-list actors, was generating Oscar buzz among early viewers. And his cousin, Denver's Democratic mayor and the subject of his next documentary, was predicted to win Colorado's gubernatorial race.

George Hickenlooper III, the native St. Louis filmmaker whom many considered prolific yet underrated, was positively "ebullient about what was happening in and around his life" just hours before he died in his sleep at the age of 47 on October 30, according to his producing partner, Donald Zuckerman.

"From an artistic point of view, he goes out at a moment of triumph," says the film critic F.X. Feeney. "Tragically, he would be the first to acknowledge, he leaves behind a nine-year-old boy and a widow right at the moment when he was probably going to be making A-list deals."

Hickenlooper was scheduled to be in town November 11 for the St. Louis International Film Festival premiere of Casino Jack, his forthcoming feature about ex-lobbyist Jack Abramoff. Instead the pre-show party has been scrapped for a tribute at which loved ones will mourn the untimely passing of a "big-hearted," "insatiably curious," "politics-obsessed," passionately independent filmmaker who hoped to shoot his next feature — starring Pierce Brosnan — in his hometown.

Born here on May 25, 1963, Hickenlooper was fixated on becoming a filmmaker from age thirteen, when his father bought him a Super 8 camera. His early shorts, made during his years at Saint Louis University High School, often addressed weighty themes like race and war, and attracted audiences not just in friends' rec rooms but on the local public television station, KETC-TV (Channel 9).

"I was in some of his early movies shown on [KETC], and in one movie I played an escaped lunatic," recalls his father, George Hickenlooper Jr., a professor of English and creative writing at Lindenwood University. "I remember rolling around pretending to have a spastic attack on a school playground in Maplewood in December. I learned about the rigors of filmmaking early on, you see."

Hickenlooper III earned his undergraduate degree at Yale University, which he chose after writing letters to dozens of celebrities soliciting opinions on the Ivy League school (which had no formal film program) versus the University of Southern California (which had an established film school). "He was shrewd," recalls a St. Louis friend, Bill Boll. "He figured that anybody who bothered to respond was an 'in' in Hollywood."

Hickenlooper settled with his wife, Suzanne, in Los Angeles, where the proverbial string of menial jobs — carpet steamer, waiter — preceded his first two Hollywood productions, in 1991: Picture This: The Times of Peter Bogdanovich in Archer City, Texas, and Hearts of Darkness: A Filmmaker's Apocalypse. Both documentaries dealt with moviemaking, and both earned positive attention in LA, including an Emmy Award for the latter film.

Throughout the '90s Hickenlooper toiled on mostly self-financed features, exploring a range of genres in Grey Knight (a Civil War vampire flick), Some Folks Call It a Sling Blade (a short story of matricide), The Low Life (a comedic drama about a writer trying to make it in LA) and The Big Brass Ring (a political drama adapted from an Orson Welles screenplay, which was set and filmed in Missouri).

While St. Louis theaters always gave Hickenlooper movies top billing, much of his work never got distributed beyond the festival circuit — a constant source of frustration that was exacerbated after Billy Bob Thornton, who created the character and starred in the Sling Blade short, went on to direct an Oscar-winning feature-length version without Hickenlooper. ("Sure, I would have loved to have done the feature, and had I done the feature, I think it would have been better — it would have been darker," Hickenlooper told Riverfront Times in 1999. "As a result, it probably wouldn't have won an Oscar, either.")

The dustup with Thornton did nothing to decelerate Hickenlooper. In fact, his next movie, The Man from Elysian Fields, about a failed writer (Andy Garcia) who whores himself out through an escort service (operated by Mick Jagger), won widespread distribution in 2001, as did Factory Girl, about the tangled relationship between Andy Warhol and his muse, Edie Sedgwick (Sienna Miller), in 2006.

"When you look at his films, it's a pretty positive learning curve," observes Feeney, the critic, who collaborated with Hickenlooper on Brass Ring. "They just get better and better."

Citing his knack for assembling great casts even when money was tight, Hickenlooper's friend and producing partner Michael Beugg says, "He had a special ability to meet with an actor and convince them his movie was something they should do — even if their agent wouldn't be pushing for the project."

Hickenlooper had a love-hate relationship with Hollywood. He emulated the likes of Howard Hawks, John Ford and Francis Ford Coppola and strove to break out of genre conventions in pursuit of characters who weren't always easy to love. He often said he liked a good antihero. As Cliff Froehlich, SLIFF organizer and executive director of Cinema St. Louis (and former RFT arts editor), puts it: "He wanted to not make 'Hollywood' films. He wanted to make human films."

Celebrity, power and the breaking points between success and failure were themes Hickenlooper returned to in his character development. "I think for Midwesterners, the drama of success and failure is more acute than it is for writers on either coast, who tend to come from families that have landed," notes Feeney. "The Midwest has this tradition of pushing west. I think that sense of having to make your own way, and playing for very high stakes, is part of a strong American tradition, and oftentimes it's not present in Hollywood films. I feel that what George was bringing that was different very directly grows out of his roots in the Midwest."

Friends say Hickenlooper never lost sight of his single-minded pursuit of an Oscar. (Age 30 had been his goal.) Now Casino Jack, deemed "a gem hidden in plain sight" by the Los Angeles Times, is looking like a contender. "George really saw Casino Jack as a bellwether in his filmmaking, because for the first time he had made a film that I think really stands a chance to break out of the pack," says Zuckerman, his producing partner.

Kevin Spacey, who portrays Abramoff in the film and attended one of five jailhouse interviews the protagonist granted Hickenlooper, said in a statement to Deadline Hollywood: "All of us who knew him — who had the chance to collaborate with him — who saw the child in him that he never lost — always looking at life with wonder and curiosity — will miss him with enormous admiration and affection."

The movie made its world premiere in September at the Toronto International Film Festival, where Hickenlooper had the lens turned on him for an AMC/Morgan Spurlock documentary about filmmakers hoping for their big break. In one clip the camera follows Hickenlooper before the screening to a hair salon, where he delights in a scalp massage and a decadent-looking slice of tiramisu, saying, "As an independent filmmaker we rarely get pampered like this."

"I'm 46 years old — I don't know where the time went," he adds as the stylist combs his receding hair. "Well, just enjoy it, you know," she replies.

Hickenlooper issues a quick nod. "I like — I think — I worry that death will be very boring," he says, then proceeds to polish off his cake.