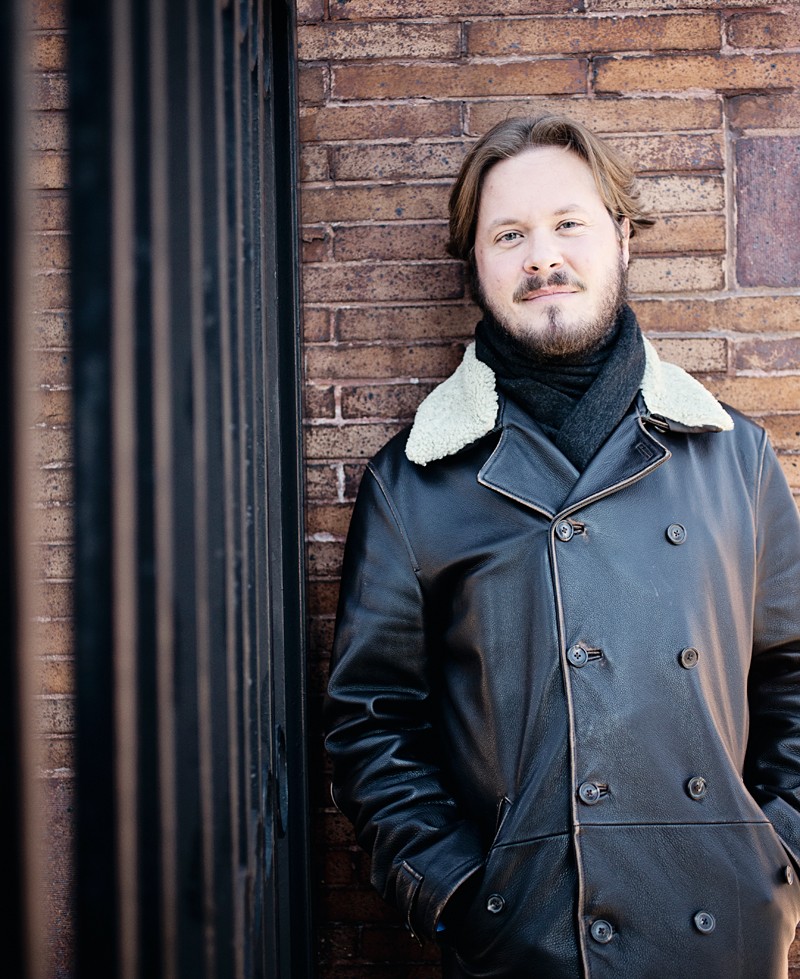 Chris Naffziger has a blogging routine. It begins when he wakes up each Saturday morning and asks himself, "Where do I want to explore today?"

Armed with a camera, the 33-year-old resident of the Tower Grove East neighborhood hits the streets. A typical journey might have him documenting a crumbling neighborhood of once-glorious brick homes in north St. Louis or shooting photos of a foreboding, turn-of-the-century power plant in East St. Louis or visiting a south-city landmark targeted for demolition.

And while the buildings and ruins featured on his blog St. Louis Patina appear in no certain order, they nearly all represent the nineteenth- or early-twentieth-century craftwork of St. Louis' glory days. It's a period of American architecture that couldn't be a bigger departure from his interests as a child.

Growing up in west county, Naffziger celebrated when an old building in the city was replaced with a modern structure of steel and glass. It wasn't until he moved away from St. Louis for college and graduate school that he developed an appreciation for St. Louis' old brick infrastructure.

"I was studying in Washington, D.C., and returned to St. Louis for a conference," he explains. "It was the first time I'd spent more than just a few hours downtown. Walking around the city really opened my eyes."

Soon Naffziger was hooked on St. Louis, spending his free time reading up on the city's history and its architecture. His hero, he says, is Rob Powers and his blog Built St. Louis (an RFT Web Awards finalist).

"The first time I met Rob, it was like I'd met a rock star. I wanted to do what he did," he says.

In 2006, Naffziger got his chance when he moved back to St. Louis to take a job as an art historian at Saint Louis Art Museum. He launched St. Louis Patina in 2007 and has published hundreds of posts ever since, averaging five to seven new items a week.

On Sunday nights Naffziger uploads his photos, researches what he shot the day before and writes up several posts that he can schedule throughout the week.

"It's an addiction," he says of his prolific output. "I feel uncomfortable when I don't post."

Read "Point and Clique" for all the Web Awards winners and finalists.