Ask a Mexican: Snopes Problem: Why do Mexicans have so many urban legends? 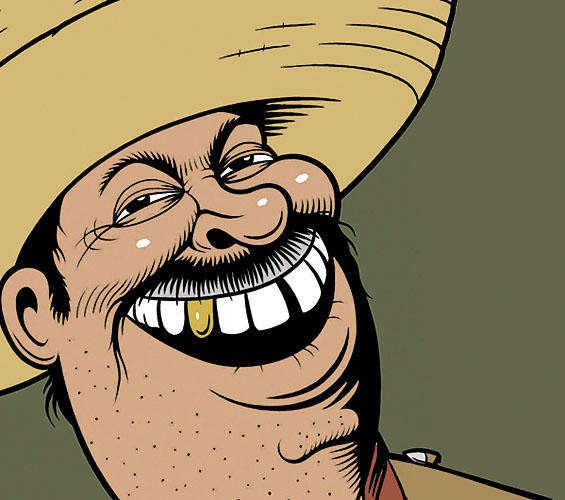 Dear Mexican: I know I might sound like a gabacho borracho, but I'm really just a gringo trying to make progress towards getting work legally in Mexico, a side of the immigration debate we rarely hear about. Most gringos that move to Mexico are students at UNAM or they are retired people who move to gated seaside communities or they move to San Miguel de Allende to help drive the housing costs up even further. Others move to Ajijic at Lake Chapala, where most of them never learn Spanish, and spend most of their time going to potluck gatherings with other gringos retirados. Okay, I guess orgullo gringoso has its place. I am a rarity: I'm a gringo who lives and works in Mexico about six months a year. I want to live in Mexico year-round and work legally. Sure, there's a system set up for this, sort of... It's the FM-3 visa and various other paper chase b.s. Not only does it beg mordida, but it is slow and has many roadblocks.

So far, I have worked under the table in Mexican tourism. Similar to architects from DF who end up working as waiters in Santa Monica or Seattle, I have had to work in hotels and restaurants in Mexico (Vallarta, Cabo, Maz, etc.) to survive. Selling time-shares is not for me (I am a lousy con-artist). I want to work in my chosen profession: movie and TV production, and I want to get the equivalent of a Mexican green card. Do they exist? Is it possible for me to have a card that allows me to apply for work just as Mexican nationals do in Mexico City? I want to pay income taxes in Mexico and contribute to the better future of Mexico. I speak Spanish well, and if I ever had a chance to talk to ex-prezes Fox and Calderon, I would say this: "For every 10,000 Mexicans working in the USA, can't you grant one green card to a gringo?" That's not asking a lot, is it?
El Gringo Mojado

Dear Wetback Gabacho: You can take steps to become a legal taxpayer — have you applied for the CURC? Gone through SAT? Got your CIEC? — but why bother? As you pointed out, it's a bureaucratic nightmare, and gabacho illegals have lived the good life in Mexico for decades. You're not likely to get deported given Mexico needs every gabacho dollar possible during these dark times of narcowars, and even becoming a legal resident or a naturalized citizen still qualifies you as a second-class person (despite your gabacho status) just above an indio, so you might as well stay illegal. Besides, look on the bright side: less taxes paid to the Mexican government means more money stays in the local economy. You ain't an illegal: like the Mexi illegals up here, you're a patriot against pendejo borders and antiquated citizenship laws.

Dear Mexican: Why is it our tías y abuelitas are so superstitious and have so many wild stories? The latest rattlesnake in the lechuga/cilantro/nopales (pick one) biting a mujer in a supermercado (pick your local one) who decides to rest in her carro while esposo finishes the shopping, then dies, is just the latest to circulate the Central and Southern California coast.
Cynthia the Pocha

Dear Pocha: What you describe sounds like a spin on classic urban legend of the woman who found a rat in her bucket of Kentucky Fried Chicken, examined in full in Jan Harold Brunvand's 1981 classic The Vanishing Hitchhiker: American Urban Legends & Their Meanings. He noted that the legend was based on truthful accounts of food contamination, and theorized its popularity was our collective unconscious projecting fears of "a world of shocking ugliness lying just beneath a surface of tranquility and apparent wholesomeness." Besides, the only Mexican wives tale that I know involving snakes is a supposed 30-foot-long flying snake lives in the mountains above the rancho of my mami's birth.