Minus the Bear and Cursive 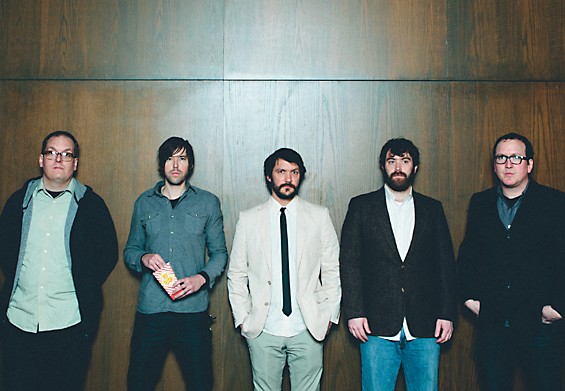 Minus the Bear and Cursive: the best tour of 2002 in 2012. But this double bill is hardly nostalgic. In the years since their initial popularity, both bands have miraculously maintained relevance. Minus the Bear carved a niche as an electro-prog dance band, as others aped its early material's gymnastic two-hand tapping. Cursive embraced its eccentricity while the modern emo movement it helped craft became watered down and oversaturated. Both are supporting new albums (MTB's Infinity Overhead and Cursive's I Am Gemini) that explore new territories without abandoning home, a common practice for two bands who have not only survived against the odds but flourished.

Ten Years Ago In STL: Cursive played at Mississippi Nights with Thursday, From Autumn to Ashes and Engine Down. Minus The Bear played the Hi-Pointe with Isis, Oxes and Dälek.