The Awkward Age: What Maisie Knew might be a great film about childhood 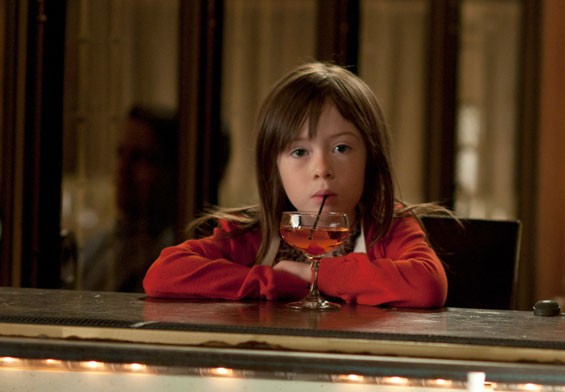 There are times during the affecting tumult of What Maisie Knew when you may think, "At last, a first-rate American movie about what being a kid actually feels like!" And then there are times when, despite the scrupulousness of co-directors Scott McGehee and David Siegel's adherence to the perspective of this particular child being ground through this particular custody battle, you will think, "Damn, her midtown Manhattan apartment has staircases in it."

A plotless blur of a breakup and its aftermath as experienced by an observant grade-schooler, What Maisie Knew has been scraped free of all the hoary Hollywoodisms that have barnacled themselves to movies about kids. There's no adventures to be had, no precocious sass-back, no scene of a long-distracted adult at last chucking away a Blackberry and learning to be present.

The title is not a promise of a mystery — what secret did she know? — or a promise of fidelity to the Henry James novel that serves as the script's basis. (James is less a concrete foundation for the modern-day goings-on than the light broth in which the story is steeped.) Instead, it's a summation of content. All you'll see and hear is what Maisie knows. Brisk scenes give an impression of her days: dashing about in a tiara with a school friend, waiting for mom or dad to pick her up or drop her off, digging into delivered pizza with the babysitter while her parents (Julianne Moore and Steve Coogan) shout "fuck you!" at each other a couple rooms away. (Get James a fainting couch.)

We catch scraps of the conflict between her folks, but its dreary particulars hardly matter. Parental discord is simply one of the elements shaping her life. In the early scenes, before the family's inevitable crack-up, Maisie plays through the fights, tries to sleep, or simply pretends that she doesn't hear. Pretending is important; when Maisie interrupts the grown-ups' vindictive, circular battles, they playact that everything's OK, that they just got carried away with nothing that really matters. "Oh, hey, baby," says Julianne Moore's rock-star mother, as if everything's okay, the words a kid-sized band-aid tasked with covering a family-sized wound.

Note that the title isn't What Maisie Did. The moppet, played with understated naturalism by Onata Aprile, is the film's center, but she's by no means a protagonist if we go by that word's "chief actor" definition. For most of the running time, Maisie is acted upon. In the separation of her parents she's ground to be won, a body to be hugged, a chore to be done, a spy to be pumped for information, a pure soul to confess to. "This is our little secret," the adults keep finding cause to tell her as their fuck-ups accumulate. One thing Maisie knows better than most kids: It's not polite to look directly at adult failure.

The adults move on to new lovers and new lives, but the drama is always confined to Maisie's day-to-day experience: Will mom remember to pick her up after school? If dad has to leave town for work before his week with Maisie is up, is his girlfriend equipped to watch her? What happens on the one day when every grown-up flakes, and Maisie has no one to care for her?

Movie kids, like movie action heroes, are forever being wrenched from their warm family structures, given a series of heroic challenges for audiences to dream along with, and then, after much smiting or journeying or whatever, tucked right back in with the family structure restored. What Maisie Knew acknowledges the lie behind the fantasy that movies are usually predicated upon: that getting ripped from your family isn't a liberation. Maisie's life is so often upended that she becomes quick to adapt each new situation; it's the transitions she struggles with, those days when she's handed off from one adult to another. Eventually, we see that What Maisie Has Learned is how to manipulate the chaos around her to achieve her own improbable peace.

There's still fantasy here, though. Maisie's mother is a rock star with a professional recording studio smack in the middle of an apartment lavish enough for a Bond villain. (Moore is abrasively convincing in an unlikable role, but her flat singing is a distraction, her vocal range as wide as a coin slot.) The doorman is always there for Maisie, as are her teacher and the new lovers of mom and dad both. A village of good-looking Manhattanites steps up when Maisie's parents fail, sparing her — and us — exposure to the social systems that the less-well-off must depend upon.

When she gets stranded at a bar for a day, waiting for her caretaker to finish his shift, the bar is grand, golden, and fancy — a capital field trip, as far removed from most Americans' lives as Hushpuppy's bayou in Beasts of the Southern Wild. The film is admirably committed to simulating the messy experience of life as a real Maisie might live it. But sometimes, as she's tuckered out on her exquisite linens beneath gorgeous exposed brick and shelves of handcrafted toys, Maisie's world feels easier to admire than it is to worry over. Mom may not come home every night, but someone always does.