The Foster Life: Short Term 12 is a potent story of kids on the edge 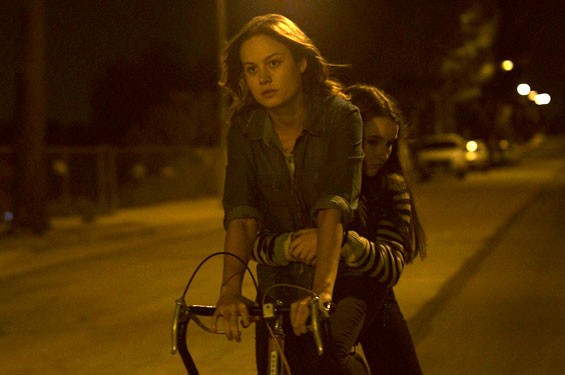 Like The Wire or Romanian director Cristian Mungiu's oeuvre, Short Term 12 is the kind of film that sounds agonizingly depressing on paper but mesmerizes onscreen. It's a delicate yet passionate creation, modest in scope but almost overwhelming in its emotional intricacy, ambition and resonance. Easily one of the best films so far this year, it's a nearly perfect blend of pimple-faced naturalism, righteous moral fury, nuanced social insight and unsentimental but devastating drama.

A glammed-down Brie Larson is luminous as Grace, a supervisor at a short-term foster-care facility, where she and three other idealistic but exhausted twentysomethings care for a handful of minors the county has yet to place. Sweetly sturdy Grace, gentle dreamboat Mason (John Gallagher Jr.), matter-of-fact Jessica (Stephanie Beatriz) and newbie Nate (Rami Malek) have fascinatingly fluid roles in Short Term 12, smoothly switching from older sibling or camp counselor to orderly or bloodstain-cleaner. Grace and her crew exercise firm control over their charges, some of whom cope better than others. But they're hamstrung by the relative powerlessness of their low-status positions, forced to stand by while the kids' lives are administered by well-meaning therapists and social workers whose knowledge is more academic than actual.

Director Destin Daniel Cretton elicits strong, unaffected performances from his child actors. The film focuses on two in particular: Marcus (Keith Stanfield), a seventeen-year-old terrified of aging out of foster care when his birthday arrives in a week, and Jayden (Kaitlyn Dever), a creative younger teen whose raccoon eyes and poses of studied rebellion cover up some serious bruising and scars. "I don't really like wasting time on short-term relationships," she announces on her first day, asking for help by pretending not to. Marcus and Jayden immediately demand sympathy not because they're children, but because they're such believable ones.

Grace is initially drawn to Jayden for the girl's gift with a sketch pad and pencil, but as the film unclenches its fist, loosening its secrets, it's clear the two have much more in common than doodling. Their similarities thrust Grace into psychological chaos and heroic action, and the traumas the characters have been so afraid to reveal aren't reductive, as in so many other films where a childhood ordeal is flattened into an explanation for a grown-up's heroic motivations or character flaws. Rather, the utterance — or even the acknowledgement — of these secrets provides an Aristotelian catharsis: They're as curative for the audience as for the characters.

Jayden's presence also forces Grace to deal with the long-term effects of her own abusive past — strongly hinted at early in the film, when she gives a hard, reflexive slap across the face to the colleague/ secret boyfriend who climbs atop her one night for a bout of cuddly lovemaking. A surprise pregnancy amplifies Grace's hopes and fears. As the shadows of the latter loom larger — and her abuser suddenly threatens nearer — her relationship and her sense of self unravel, just when she's needed most by Jayden.

Short Term 12's greatest achievement is its ability to paint a double portrait of abuse — a larger exploration of the enduring effects of violent trauma, as well as an intimate depiction of a damaged but hopeful and persevering individual. It's a bold and sensitive vision — and one that shouldn't be missed. 