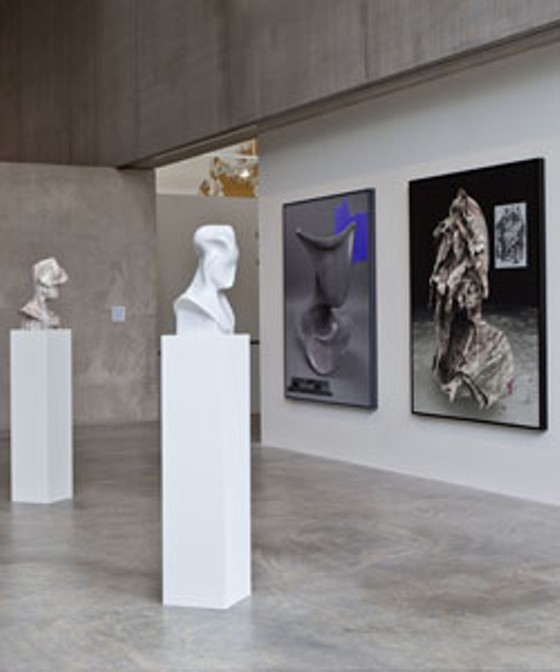 As staff at the Contemporary Art Museum has busied themselves lately crafting cat puns, flooding social media with cat videos and shamelessly making the rounds to worry — publicly — whether those madcap kitties from its Internet Cat Video Festival should be considered "art" or not, there's been precious little mention of a complementary exhibit at CAM that also surveys Internet obsession — Jon Rafman's The end of the end of the end, which provides a decidedly darker vision of people's digital fixations.

What's more, CAM's press materials assure us that the cat-video festival "isn't about watching cat videos, it's about watching cat videos together." That's a none too subtle nod to the paradoxical nature of virtual life, where shared cyber experience often leaves users feeling more isolated than connected. A more extreme version of the cat lover's dilemma informs Rafman's Still Life, which opens with a terrifying image of alienation: the Betamale himself — an overweight man, his head bound in girls underwear, pointing a pistol at each of his temples.

But that's really where the similarities end.

Whereas CAM's Pussypalooza (on loan from the Walker Art Center in Minneapolis) remains little more than a cloying gimmick to expand the museum's audience base, Rafman's Still Life takes isolation as its point of departure. It leads viewers on a horrifying tour of the much ballyhooed Deep, or Hidden Web — a shadow digital landscape, largely inaccessible to standard search engines, that is rife with illegal pornography, deviant fan cultures and black-market goods.

Rafman's Betamale is a sort of modern-day Underground Man. He is an Internet troll, a faceless hoarder who lives in subterranean squalor while spending much of his existence online. With an evocative score by the experimental musician Oneohtrix Point Never, Still Life opens by interspersing the Betamale with pictures of physical "troll caves" — dank quarters where cigarette butts and empty Heinekens overwhelm filthy keyboards. Plates of half-eaten food are littered throughout, and, perhaps fittingly, a cat lounges beneath one troll's computer station.

Still Life works to articulate the chthonic confluence of these virtual and physical worlds. And they become nearly indistinguishable as the film evolves at a more frantic pace. The result is both engrossing and disturbing. The virtual is all consuming here, an idea Rafman drives home with the slightly heavy-handed metaphor of a Furry sinking in a pool of quicksand. Similarly, the film concludes with a digitized image of a woman's underwear being pulled aside, revealing not a vagina, but the online universe in all its degenerate fecundity. Physical and virtual, it's all of one sordid piece —the alpha, the omega and — now — the beta.

Organized by CAM's chief curator, Jeffrey Uslip, The end of the end of the end also features sculptures and prints from Rafman's less successful New Age Demanded series. Like Still Life, the series harkens back to earlier works —in this case Hugh Selwyn Mauberley, Ezra Pound's autobiographical poem that inspired the series. "Yearning for classical Greco-Roman forms of beauty," Uslip writes, "Pound's speaker states, 'The age demanded an image / Of its accelerated grimace. / Something for the modern stage / Not, at any rate, an Attic grace.'"

That's a pretty ambitious project for a thirtysomething artist, and Rafman's solution, such as it is, turns out to be a series of abstract futuristic busts. Fabricated with a 3-D printer and cut robotically, each sculpture comprises sleek lines and pleasing forms, which Rafman then covers with materials such as silicon or a copper patina. Anonymous, humanlike, futuristic, physical yet digital, the series is interesting enough to look at and the sculptures certainly speak to the anonymity and shifting identities of digital culture.

But by using such a grand (and decidedly nostalgic) vein of modernism as his source material, it's tempting to ask whether Rafman's work (or any other series of sculpture, for that matter) could actually address Pound's call in these atomized times.