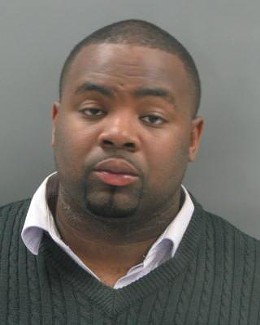 As reported earlier this week, Terrence Snipes, 46, and Demetrius Hewlett, 41, had just left a residence in the 4200 block of John when they were shot to death around 10 p.m. October 30. Snipes lived in the neighborhood. Hewlett resided in the 2400 block of Halfner in St. Louis County.

On Sunday the police department's Violent Offenders Unit picked up Grissom, a resident of the same block where the murders occurred. He's charged with two counts of first-degree murder, one count first-degree assault, three counts armed-criminal action and once count possession of marijuana. A judge ordered Grissom held without bond.