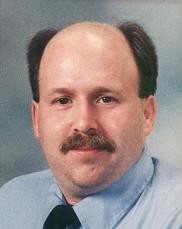 Kornhardt was paid for the murder from the victim's life insurance policy.
Eighteen years after the fact, the family of Danny Harold Coleman finally got some justice.

Yesterday a federal jury convicted James K. Kornhardt and Steven A. Mueller of conspiracy to commit murder for hire and murder for hire in the October 22, 1992, slaying of Coleman in St. Louis. Kornhardt was also found guilty of obstructions of justice stemming from actions to destroy a firearm, silencer, and ammunition used in the murder.

According to evidence presented at trial, the plot went down like this:

Beginning in 1990, Karen Coleman recruited a prison inmate, Larry Nolan to arrange the murder of her husband. Nolan recruited Kornhardt, then a firefighter with the Mehlville Fire Protection District, to commit the murder. Kornhardt recruited Mueller -- the best man at his wedding -- to assist in the murder.

On October 22, 1992, Danny Coleman left work at approximately 4:00 p.m, and was later murdered by Kornhardt and Mueller in Saint Louis. His body and truck were removed from the murder scene and later found burned in an isolated field located in Franklin County. Following Coleman's death, his widow began collecting certain insurance policies. Kornhardt and Mueller were ultimately paid for their respective roles in the murder from portions of those insurance proceeds.