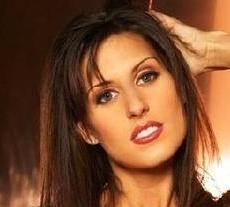 Adrienne Martin: Coke was it. Oxycodone, too.
As the Post-Dispatch scooped Sunday, Adrienne Martin, the deceased g'friend of August Busch IV, was found to have cocaine and oxycodone (a.k.a. Ocycotin a.k.a. Rush Limbaugh's "little helper") in her system.

But what's that mean for Busch IV? Hard to say until later this week. That's when St. Louis County Medical Examiner Mary Case is expected to release the official cause and manner of death.

"The question is: Was her death caused by one (of the drugs) or both or none?" Suzanne McCune, the forensic administrator for the St. Louis County Medical Examiner's office, tells Daily RFT today.

McCune expects the medical examiner release a public statement on the death of the 27-year-old Martin this week. Meanwhile, the St. Louis County prosecutor's office is reviewing the case for possible criminal charges, but those can't be determined until the cause of death is made.

If it's determined that Martin did not die because of the drugs, then prosecutors will have little to go on. Missouri law allows for the prosecution of people who supply drugs to people killed due to an overdose, but even that's a tough one to pursue.