St. Louis County police arrested a Sunset Hills teenager Friday after identifying him from security tapes as the man who robbed a south-county gas station the day before. 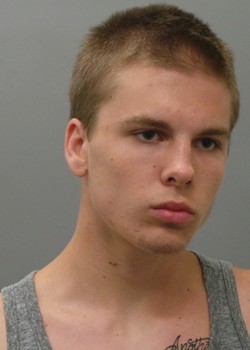 Daniel McSkimming, seventeen, of the 9000 block of Middlewood Court, faces one count of first degree attempted robbery, according to police.

Police say McSkimming entered the BP gas station at 11940 Tesson Ferry Road, pointed a handgun at the clerk and demanded money before fleeing the scene.

Security cameras recorded the robbery, and police said officers were able to identify McSkimming from the footage.

An investigation by detectives from the Police Bureau of Crimes Against Persons led to the arrest of McSkimming on Friday, police said.