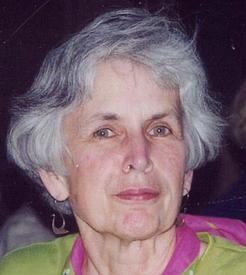 Image Via
Sandra Wood
Perry Henderson, a convicted felon who refers to himself as "King Zeus," pleaded guilty yesterday to the tragic rape and murder of 73-year-old Sandra Wood this past December.

Wood, a retired educator and active environmental and political volunteer, was alone in her Alton home when Henderson allegedly snipped the phone and cable lines and entered the residence. A family member found her body later hours later. Witness saw Henderson driving Wood's car after the murder and pawning her television. DNA on a cigarette butt placed him at the murder scene.

A registered sex offender with prior convictions for assault and burglary, Henderson had been out of prison just ten months prior to Wood's murder. In pleading guilty, the 50-year-old suspect avoided the death penalty -- though that punishment is something of a moot point after Illinois governor Pat Quinn signed a bill this week abolishing capital punishment in the state.

Instead, Quinn could be sentenced to as much as 100 years in prison. Prosecutors say Henderson is mentally competent, even though at a hearing on Wood's murder, he stated that the was "King Zeus" -- a a Scepter Nine blueblood."