amazon.com
Billy Lee Little
A retired Baptist minister and licensed psychologist who, according to his biography, once hosted a counseling program on KMOX and worked as a sports psychologist for the baseball Cardinals, stands accused today of taking advantage of a female patient.

And the plaintiffs and their attorney believe more victims may be out there.

"The primary motive of my clients is to encourage others to come forward," says attorney Ken Chackes, who's representing Darrell and Rhonda Pitt in their lawsuit against Pastor Billy Lee Little and the now-defunct Christ Memorial Baptist Church of Cool Valley. "It's our understanding that the church board established a fund for victims of Little, and it's believed that one other person came forward but that no relief was awarded."

Cynthia Holmes, the attorney representing the church, tells Daily RFT that no such fund exists. In March a St. Louis County judge dismissed the church from the lawsuit, though the Pitts are seeking to reinstate the defendant. Meanwhile, at a hearing today the attorney representing Little is expected to ask that his client also be dismissed from the case.

The Pitts' lawsuit claims that Little provided the couple with marriage counseling in the early 1980s at a time they were members of the north county church. The suit alleges that after a few counseling sessions Little suggested that Darrell was "not the problem" and that just Rhonda needed treatment.

Soon afterward Little hired Rhonda to work as his personal secretary, according to the suit filed in December, and he began coming onto her during her job and at counseling sessions. 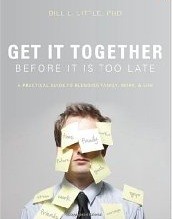 Chackes says his client lived with the guilt of the affair for more than two decades. It was only when she received therapy in recent years from a different counselor that she was encouraged to tell her husband of what happened. The lawsuit contends that in May 2010 Darrell Pitt confronted Little about the affair and that the minister bragged of having sex with his wife in Pitt's living room and recounting his wife's favorite sexual positions.

Two weeks later Little allegedly retired from the church -- following 51 years of service -- but soon returned to deliver a guest sermon in which he allegedly told congregants that Darrel was upset that his wife "came onto him."

Little's attorney, Aaron Staebell, declined to comment to Daily RFT without permission from his client. But in an answer Staebell filed with the court, his client denies most all claims from the Pitts while neither confessing to nor confirming his relationship with Rhonda Pitt some twenty years ago. Court records further indicate that Little isn't the only person behaving inappropriately.

In June 2010 Little filed a restraining order against Darrell Pitt and was granted a full order of protection that remains in effect.

Records on file with the state licensing board suggest that Little has something of a track record when it comes to sexual relations with female clients. In 1996 the State Committee of Pyschologists suspended his license for a year after finding that he had an inappropriate social relationship with a female patient that turned sexual and that he had performed "pressure point" treatments on another woman for which he was not properly trained.

Following the suspension, Little was required to tape record his sessions with all female clients during a probationary period and produce the tapes to the committee when requested. Rhonda Pitt claims in her lawsuit that Little called her at the time he was facing discipline from the licensing board and warned her not to tell anyone of their sexual relationship.

The Pitts case is interesting because unlike most repressed memory cases involving those abused by priests, Rhonda isn't claiming that she blocked the affair out of her mind. She just chose not to do anything about it until having follow-up therapy. Her husband's first knowledge of the affair -- in 2010 -- would fall within the five year statute of limitations for a claim.

The Pitts are suing Little for emotional distress, breach of fiduciary duty and defamation. Meanwhile, they claim the church failed to properly supervise its clergy.

On December 29 of last year Christ Memorial Baptist Church voluntarily dissolved itself with the Secretary of State's Office. The building is now owned by another congregation, New Horizon 7th Day Christian.