When A Public Figure's Relative Gets Arrested: St. Louis County Executive Shows You How It's Done 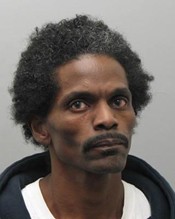 Courtesy of St. Louis County Police Department
Timothy Dooley got no love from his powerful brother upon his recent arrest.
Amidst all the hubbub surrounding St. Louis police commissioner Vince Bommarito's boo boo last week, nobody except KMOX noticed that a close relative of another public figure recently got booked.

That would be Timothy Dooley, the 49-year-old brother of St. Louis County Executive Charlie Dooley, who, unlike Bommarito, did not get the cops on the blower in order to bust protocol and spring his relative from jail.

"I'm the one who notified [Dooley's] office as an FYI," says St. Louis County Police Department spokesman Rick Eckhard. "And we're treating this case just like any other."

The county brownies pulled over Timothy Dooley for doing 35 mph in a 25 mph zone in the 10000 block of Duke Drive on Feb. 12, a few minutes after midnight. Dooley was driving with a suspended license, and had an outstanding arrest warrant issued by the Hazelwood Police Department.

What's more, according to Eckhard, the police officer who pulled him over noticed "something that looked like it could be drugs."

The officer proceeded to arrest Dooley on suspicion of drug possession. It'll take about a month for the lab results of the substance to come back, says Eckhard, who says charges will be filed if the substance turns out to be illegal.