March Sadness: Mizzou Fans, You Got Owned By This Guy

Feeling blue about last night's loss, Mizzou fans? School spirit not making you feel any better? Don't worry, we got you covered. Just remind yourself how tough the competition was! This guy: 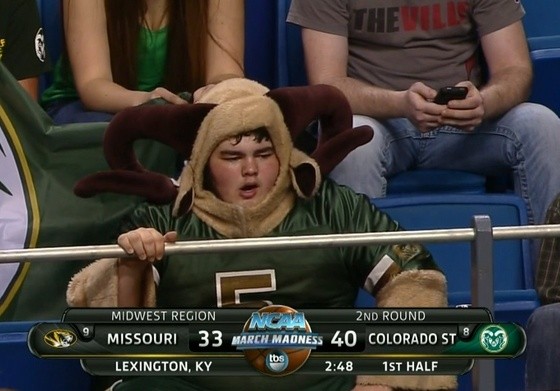 Really, the best way to get over the Tigers' unceremonious loss in the first round of the NCAA Tournament is to vent about it on the Interwebs.

But first, one more look at this guy, who is featured in some pretty wonderful Deadspin gifs: 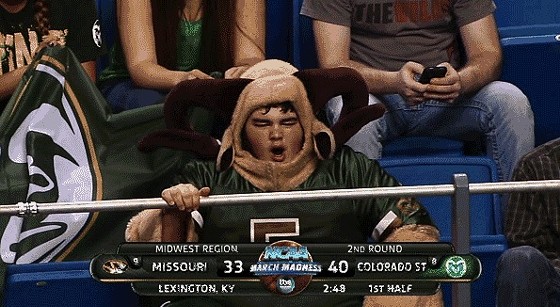 Now that you're feeling as low as possible, we present to you some other really sad Mizzou fans!

Not sure what is more frustrating--Mizzou or the 1982 TV. vine.co/v/bDWxpVF6e5q

Really happy with his Tigers... vine.co/v/bDWeJAnmEjP