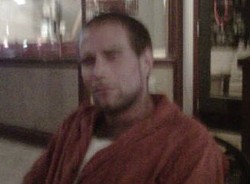 And not everyone thinks this sounds nuts. In fact, he's already had ten responses and three interviews.