Beating out 27,000 other inferior kids (ages kindergarten through high school) from all 50 states, a teen living across the Mississippi River from Cape Girardeau emerged victorious in the Federal Junior Duck Stamp Art contest on Friday.

The aptly-named Abraham Hunter, a 17-year-old from Vienna, Illinois, received a cool $5,000 from the U.S. Fish & Wildlife Service for his effort, which depicts a pair of ringneck ducks. Quacktastic!

(To all you kids who didn't win: We're just joking. You're not really that inferior!) 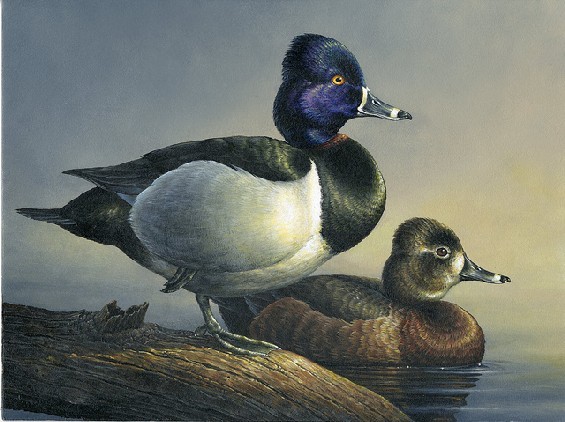