Richard Heeter: Killed by Police After Manhunt in St. Charles 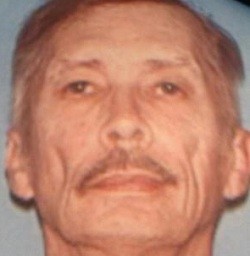 Richard Heeter: Police fatally shot him after he stabbed an officer in a scuffle.
Police say a man who shot two deputies and stabbed another last night in St. Charles has been killed. Richard Heeter, 61, went to collect a debt owed to him by friends in the 2300 block of Circle Drive in St. Charles, according to the chronology given by Sheriff's Lieutenant David Tiefenbaum. Heeter arrived at their house at 1 a.m. Wednesday morning, and shortly afterward neighbors called police to report gunfire and screams coming from the home.

When sheriff's deputies arrived to investigate, they were ambushed as they approached the house. A man standing outside opened fire, hitting one deputy in the wrist and striking another officer in the arm as he was getting out of his car.

And then began a manhunt that lasted the rest of the night.

After 5 a.m. this morning, a team of searchers encountered a man back on Circle Drive. He approached the officers despite orders to stop. Police say it was Heeter, and that he had a knife hidden behind his back. He allegedly lunged and stabbed an officer in the shoulder, and the team opened fire, killing the man.

The deputies who were shot have already been released from the hospital. The man who was stabbed, a St. Louis County SWAT officer, is still being treated. His wound is not considered life-threatening.