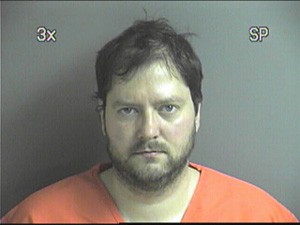 Prosecutors added fresh charges Monday to the case against alleged kidnapper Michael Devlin. In an indictment unveiled April 16, Washington County Prosecutor John Rupp alleged that Devlin, who has been charged in several jurisdictions for his role in the dual kidnappings of Shawn Hornbeck and William "Ben" Ownby, "attempted to kill S.H. by suffocation" after he abducted the boy from near his Richwoods, Missouri, home on October 6, 2002. The indictment does not identify the victim as Shawn Hornbeck but refers to the minor by the initials S.H.

The indictment charges that after abducting Hornbeck, who was eleven years old at the time, the former pizzeria worker "attempted forcible sodomy" by "pulling down his pants and placing his penis close to S.H.'s rectum." The indictment charges Devlin with three counts of forcible sodomy, alleging the 41-year-old Kirkwood man placed "his hand on S.H.'s penis," forced the boy to perform oral sex and penetrated him anally.

Although it is believed that Devlin kept the boy in his Kirkwood apartment, the indictment asserts that Devlin committed these crimes somewhere in Washington County between October 6, 2002 and November 7, 2002.

Washington County prosecutor Rupp also included two previous charges: one count of kidnapping and one count of armed criminal action, alleging that Devlin used a gun when he kidnapped Hornbeck.

The Washington County charges are the most explicit, but Rupp is not the first prosecutor to level charges of sexual misconduct against Devlin:

• Devlin also faces one count of kidnapping in Franklin County, where he allegedly abducted Ben Ownby on January 8 of this year.

Investigators found Hornbeck and Ownby inside Devlin's Kirkwood apartment on January 12. Although prosecutors say Devlin has admitted to some of the kidnapping charges, he has entered pleas of "not guilty" in each jurisdiction.

Devlin is being held in the Franklin County jail on $1 million cash bond. He faces multiple life sentences.