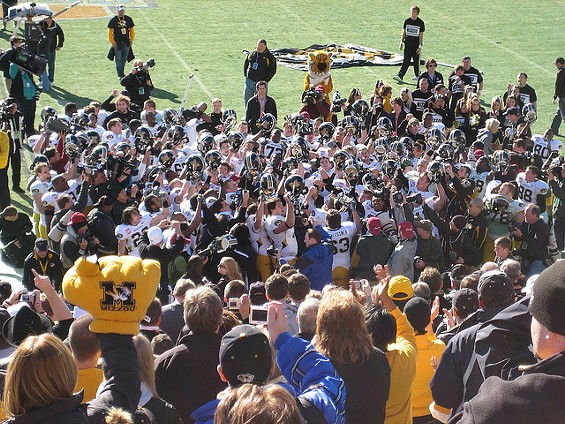 nffcnnr on Flickr
Who says only winners get championship rings? Answer: Everyone.

The Oklahoma State University Cowboys may not have won the 2014 Cotton Bowl game against the University of Missouri, but that doesn't mean they can't remember it forever with some fancy rings.

Football players got their rings this week, and Chris Deal, the school's web developer, put a few photos up on Instagram:

University spokesman Gary Shutt says the rings were a way for the team to remember its stellar 10-3 season. The Cowboys just missed out on an appearance in a BCS bowl this year after losing their final Big 12 game against the rival University of Oklahoma Sooners.

The Cowboys landed a spot in the Cotton Bowl and lost 41-31 to Mizzou.

"The rings were a way to commemorate the success we had last season," Shutt says. The ring also celebrates the team's success over five decades with the inscription, "5 seasons, 50 wins."