The K9 units in Jefferson County Sheriff's Office are now bulletproof, thanks to a donation of seven ballistic vests.

The stab- and bullet-proof vests come from Vested Interest in K9s Inc., a 501(c)(3) nonprofit based in Massachusetts. Each vest costs $950 and comes with a five-year warranty.

This tough guy's name is Tycoon.

"That's a big savings for us," said Cpl. Ernie Howell, the sheriff's office canine supervisor, to the St. Louis Post-Dispatch. "We couldn't afford it otherwise."

Vested Interest recently donated seventeen vests to law enforcement dogs in Missouri, North Carolina, Oklahoma, Texas, Illinois and Pennsylvania, thanks to a partnership with the manufacturer, Michigan-based Armor Express. Since Vested Interest's founding in 2009, the nonprofit has provided more than 1,100 K9 units with protective vests, worth more than $1 million.

Unrelated to bulletproof vests, the Jefferson County Sheriff's Office made "baseball cards" for its police dogs, and they're outstanding. Here they are: 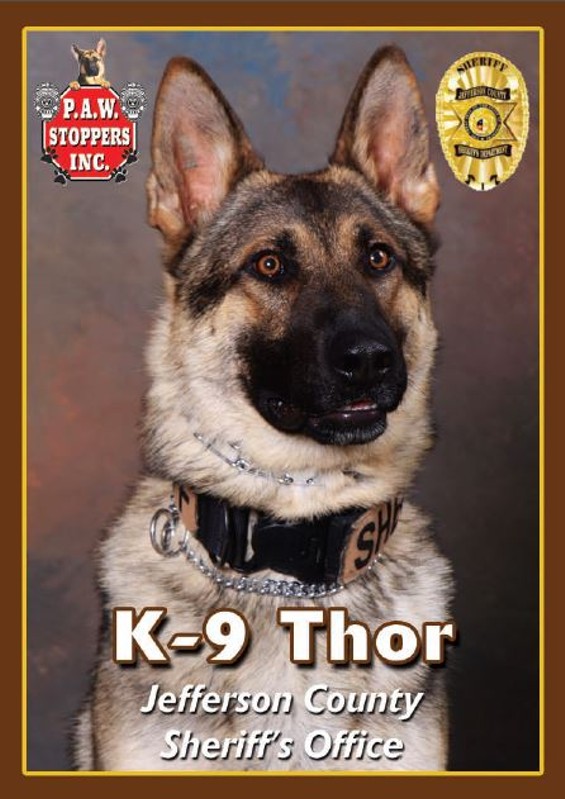