On Saturday, a woman in Iberia, Missouri discovered that her thirteen-year-old granddaughter, Macala Shelton, was missing. She reported this to cops, prompting a search that apparently came to a tragic and disturbing end the following day.

Police now say that the girl's body was found in a wooded area in an unoccupied farm near to the central Missouri city and that authorities have since arrested the man responsible for her death. Steven Neal Henderson, 30, has been charged with murder after he allegedly confessed to cops that he stabbed the girl with a "large survival knife." Early reports suggest that he is a relative of the young girl.

A probable cause statement, on view below, says that he also told police "where the knife was disposed of and where it could be located."

Some reports say that Henderson lived at the same address as Macala Shelton and Missourinet has identified the suspect as a step uncle (the brother of the girl's stepfather).

The missing alert that went out on Saturday said that the girl was last seen going to bed at 11:45 p.m. the previous night and that when the grandmother went to wake her the next day, she was gone.

Based on the charges, it appears that by the time Shelton's grandmother realized the girl was gone, it was already too late. Police say Henderson killed her at around 5:30 a.m. on Saturday.

After an extensive investigation the body was located in a wooded area at an unoccupied farm, near Iberia, Missouri. After an interview of the suspect a statement was made where he detailed how he stabbed her with a large survival knife. The suspect further revealed where the knife was disposed of and where it would be located. A search warrant was applied for and the weapon was located at the residence. Henderson is being held on Murder charges at the Miller County jail.

The girl's mother, Melissa Henderson, appears to be in the U.S. Army and deployed in Afghanistan currently:

In a public post, she says she is heading back today.

Steven Henderson, Missourinet reports, had attended his sister's wedding as the best man that weekend.

The charges do not reference any possible motive. 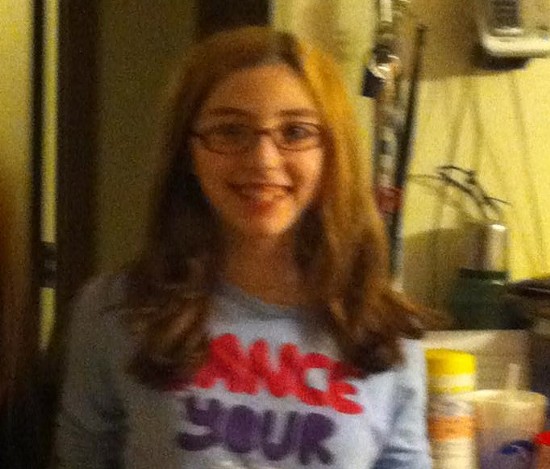 Meanwhile, Jerry Henderson, who appears to have been the victim's stepdad, is now facing firearms charges that seem to be unrelated to the girl's death.

A probable cause statement from Miller County, included below, says that during the death investigation, investigators conducting a search at the home "located multiple firearms including a large cache of ammunition in the bedroom belonging to Jerry L. Henderson II. Several of the firearms were located in his bedroom were not locked up and were loaded and fully accessible. In excess of 20 firearms were found in his room including several hundred pounds of ammunition and hundreds of assault rifle magazines."

The statement says that he is a convicted felon for second-degree arson.

He is now facing charges of a class C felony of unlawful possession.

Here are the full charges against both Steven Henderson and Jerry Henderson.