Illinois Man Sentenced for Plot to Abduct Man, Use Fake Bomb, Electrocute Him, Frame a Cat 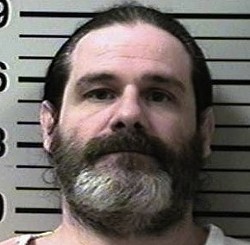 Brett Nash, a 46-year-old Granite City, Illinois, resident, developed a plot to abduct an attorney, strap a fake bomb to him, electrocute him in a bathtub and try to frame the victim's cat -- whom he also was going to kill.

So says Stephen Wigginton, the U.S. Attorney for the Southern District of Illinois, who announced yesterday afternoon that the Illinois man has been sentenced in federal court to serve twenty years in prison, the maximum statutory sentence, after pleading guilty to "solicitation of a crime of violence" in December of last year.

Nash had been accused of trying to get his wife to help him "abduct, seize and confine" a Granite City lawyer "in order to obtain money from him."

And how exactly did the plot involve the murder of a cat?

"This was a harsh, but fair and deserved sentence for what could only be described as a crime involving bizarre circumstances and extreme violence," Wigginton says in a statement.

To call it bizarre may in fact be an understatement.

The original charges stem from incidents in late 2011 and early 2012 in which Nash sought the help of his wife and another person in abducting his victim for ransom.

At the sentencing hearing yesterday, the U.S. attorney's office says, Nash argued that he did not plan on murdering the lawyer (who, by the way, reportedly was interested in his wife).

The prosecution, however, played several recorded conversations between Nash and his wife and Nash and the other individual, such that the judge determined that the "intention to murder the victim was clear."

The recordings reportedly made clear that he wanted his wife to lure the victim from his home at which point Nash and the other individual would seize him and take him back to his house.

From there, they would "rig him with a fake explosive device."

And in his plot, Nash allegedly planned to take the victim to the bank and force him to withdraw his money under threat that Nash would detonate the explosive if he didn't cooperate.

Then, the scheme apparently got even more twisted:

He may have changed his mind, though. The recordings, prosecutors say, revealed that he at one point said he wanted two guns and implied that he was going to make it look like a suicide.

"Dead men don't talk," he said in one of the recordings.

In addition to twenty years in prison, Nash, 46, was sentenced to three years of supervised release following imprisonment, a $500 fine and a $100 special assessment. There is no parole in the federal system.