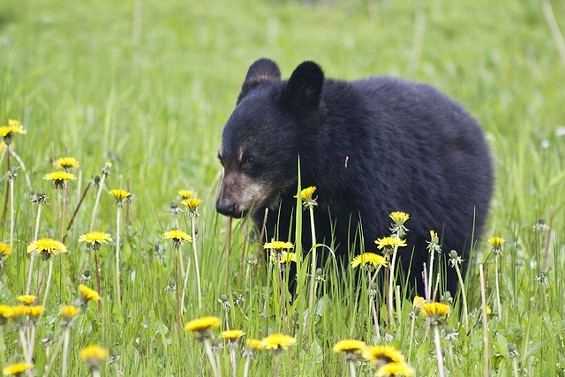 Boo Boo, the three-month-old bear cub who caused a brief rabies scare at a petting zoo at Washington University, has a new home at the Saint Louis Zoo -- for now.

The bear cub narrowly avoided a death sentence after eighteen students came forward to say the animal had nibbled on their fingers, breaking the skin and putting them at risk of rabies, at a student-organized, end-of-year event designed as a pre-finals stress reliever.

Officials had planned to put the bear down to test for the deadly disease, but by Friday afternoon, the Missouri Department of Conservation said it was confident enough in the bear's lineage that it could be spared. Boo Boo was born in captivity -- not in the wild, as officials originally thought -- and raised on Cindy's Zoo, a petting zoo in Moscow Mills.

"Basically, we'll be giving him the proper nutrition, the proper care," says Susan Gallagher, spokeswoman for the zoo, to the Associated Press.

Boo Boo will stay out of the public eye for at least a month while veterinarians check it for parasites and perform other health tests and a nutritionist analyzes its diet.

"After that, we'll evaluate where he belongs, either here at the zoo or at some other zoo that might want him," Gallagher says to the Associated Press.

In the meantime, the Missouri Department of Conservation is investigating how the bear was allowed to come into contact with humans, which is technically against state law. "The law does not allow human contact other than handlers if they have a permit," says Larry Yamnitz, chief of the protection division at the conservation department, to the AP. Cindy's Zoo did not have a permit.

Farmer has not returned the Daily RFT's calls for comment.