Hunters Will Still Have Plenty of Deer to Shoot This Season 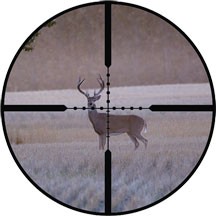 Image via
Deer season will be allright
Last year, hunters in Missouri killed more than a quarter million deer. You'd think that, after the recent (and historically bad) drought, coupled with the spread of "epizootic hemorrhagic disease" among those hoofed animals, hunters would shoot way fewer.

But it turns out, no, according the Missouri Department Conservation. The harvest probably won't shrink much.

The reason: The animals will quickly adapt, and sportsmen will then adapt to their adaption.

Last summer's drought forced deer in the state to cluster around the same bodies of water.

Then came biting midge flies, who loved these clusters of deer because it was easier to do a lot of blood-sucking in one place. Thus the flies spread viruses known as "blue tongue" virus and "HD." These diseases killed thousands of deer, though the effect was very patchy and statistics hard to gather.

The drought also did something else: It caused the worst acorn crop on record. This seems bad for hunters, because white-tail deer eat a lot of acorns. But it will actually let hunters in the Ozarks have a good year, says MDC scientist Jason Sumners, because hunters -- like the biting midge flies! -- have success when deer cluster:

"Forest covers a much larger percentage of the landscape in southern Missouri.... When acorns are scarce, deer are much more concentrated around a few productive trees and around food plots and the agricultural crops. This makes it much easier for hunters to find them."