Look out the size of this effing fish recently caught at Lake Taneycomo by 49-year-old Scott Sandusky of Arnold: 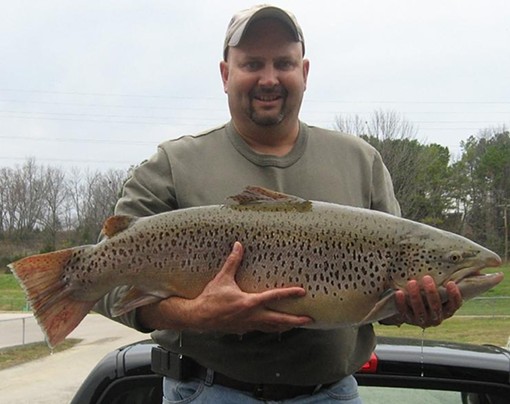 The world record was ten pounds heavier and caught up in Michigan, true. But check this out: lurking in the depths of Lake Taneycomo are likely some world-record-shattering specimens.

A decade ago, somebody found a dead brown trout there with an estimated weight of 45 pounds. You know what else weighs 45 pounds? About nine bricks. Now that's a fish, friends.

As the ever-perspicuous Jim Low, writing for Department of Conversation, put it: