Man Stabs Grandmother in Head, Gets Tased by Police A 70-year-old woman and her grandson both went to the hospital Tuesday night after he attacked her with a knife and stabbed her in the head, according to St. Louis police.

The grandson, a 28-year-old with a history of mental illness, attacked his grandmother in their home in the 1000 block of Sells Avenue, in north city's Baden neighborhood, before 9:30 p.m. Tuesday, police said. After getting stabbed in the head, the woman pushed her grandson out the front door of their home, where a passerby spotted her and took her to a nearby fire station. She then went to a hospital, where she was listed in stable but serious condition. 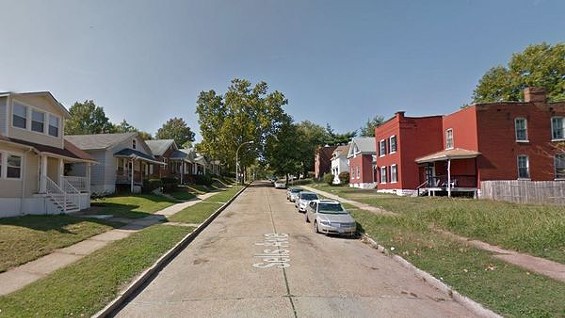 By the time police got to the scene, the grandson was "uncontrollable," according to the police report. Police used a Taser to subdue him; he was then arrested and taken to a hospital.