Spanish Lake, Documentary on St. Louis White Flight, Will Play Another Week at the Tivoli 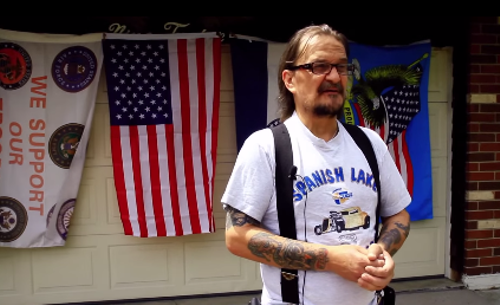 YouTube
Spanish Lake is showing at the Tivoli Theatre.

If you missed Phillip Andrew Morton's unflinching look at the impact social engineering and white flight had his hometown Spanish Lake, you're in luck. After two weekends topping the Tivoli Theatre's box office, the documentary Spanish Lake will play an additional week: Showtimes have been extended till July 3.

Morton chronicles the degeneration of Spanish Lake, where he grew up before earning a film degree at Webster University and moving to California, in his new film, which opened June 13. The unincorporated township grew into an idyllic, mostly middle class white refuge at the confluence of the Missouri and Mississippi rivers in the post-war years.

But without a mayor, city council or the other trappings of an official, incorporated city, Spanish Lake residents couldn't push back against the federal officials scouting new sites for high-density urban housing. Poorer, black families started moving in, launching a mass exodus of white families to St. Charles County -- part of a nationwide social phenomenon known as "white flight."

See also: Soccer and a Military Coup Collide in St. Louis Filmmaker's ESPN 30 for 30, The Opposition

"St. Louis is particular in that we are not only segregated by race, we are segregated by class and religion in a hyper-segmented way," Morton says. "I want to portray the reality of the situation. I wasn't interested in using rose-colored glasses on this story."

White flight isn't unique to St. Louis, but the rapid decline of Spanish Lake is powerfully illustrative. In 1990 Spanish Lake was 80 percent white; by 2010 it was 80 percent black. Today, it's mostly empty, though Morton says it isn't down and out yet.

"There's a greater sense of community than there ever has been," Morton says. Improvements are happening, and crime statistics are dropping. "The actual story of Spanish Lake is on an upswing."

Morton's film may center on typically dry topics like urban planning and small-town governments, but his personal touches pack an emotional wallop.

"There have been a lot of people crying when they come out of the theater," he says.

Spanish Lake will show at the Tivoli Theatre in the Delmar Loop through July 3.