St. Louis Metropolitan Police Sergeant Gary Wiegert will finally be allowed to lobby for marijuana reforms, more than three months after his legal battle with the department first began.

Wiegert and his attorneys have alleged that his bosses refused to let him work on the side as a paid marijuana lobbyist because they did not want one of their employees associated with the cause. Wiegert -- who claims the lobbying gig was initially approved, then revoked -- accused the department of violating his First Amendment rights.

Last month, a federal court ordered Wiegert to resubmit his application (and ordered the department to review it quickly). And yesterday, Metropolitan Police Chief Sam Dotson sent Wiegert a letter letting him know that he approves of his "secondary employment as a lobbyist" -- within certain parameters.

Wiegert has been hoping to moonlight as a lobbyist for Show-Me Cannabis, the statewide advocacy group that has advocated for pot reforms at the legislature and in local municipalities.

Wiegert specifically supports decriminalization efforts, similar to the ordinance the city of St. Louis has signed into law, which aims to reduce the punishments for low-level offenses. At the capitol's most recent legislative session -- had the dispute not barred him from lobbying -- he would've been promoting a bill that would reduce fines across the state, with the intent of saving limited law enforcement resources. 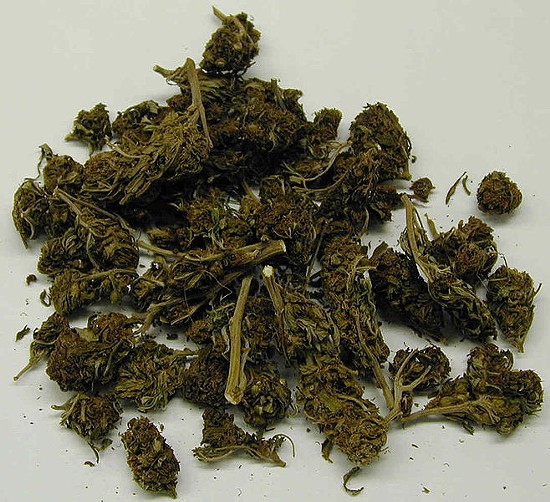 The police department has typically not commented on the dispute, citing ongoing litigation, but in correspondences reviewed by Daily RFT, police officials have argued that Wiegert's application was denied because of technical reasons unrelated to the marijuana cause.

In his new letter, full document on view below, Dotson writes:

On the condition that you are off duty and not in uniform and do not hold yourself out as representing the views of the St. Louis Metropolitan Police Department when so engaged, your proposed request for secondary employment as a lobbyist will be allowed.

Interestingly, Dotson's letter also references House Bill 307, a bill that Missouri Governor Jay Nixon signed into law last week which says that no political subdivision of the state can prohibit any first responder from engaging in any political activity while off duty and not in uniform (unless that activity is otherwise banned by state or federal law).

Dotson says in the letter that he reserves the right to revoke Wiegert's approval for lobbying work if HB 307 were to be decalred invalid by a court.

In the meantime, Wiegert is "ramping up his lobbying talents," says his attorney Al Watkins, in an e-mail to Daily RFT.

Watkins adds, "The world can sleep a little easier knowing those in charge at the SLMPD have the good sense to listen to Sgt. Wiegert's attorney."

A police spokeswoman declined to comment beyond the letter, saying it speaks for itself.