Maggie Lehman was eleven years old when her father caught her singing in her bedroom and persuaded her to audition for a local play. She landed that role, and her career in acting was born. Now in her late-twenties, Lehman makes her network television debut tonight, playing the role of an abused housewife on CBS' Criminal Minds (8 p.m. Wednesdays).

Lehman tells Daily RFT that she was a "huge fan" of the show prior to being cast in tonight's episode.

"It's going to sound so cliché, but it's like a dream come true," she says. "I feel like who ends up getting the role is kind of out of the actor's control," says Lehman. "But the thing that every actor can control is their work and what they leave in the room [after the audition]."

It worked for Criminal Minds. Lehman landed the role just 45 minutes after auditioning. 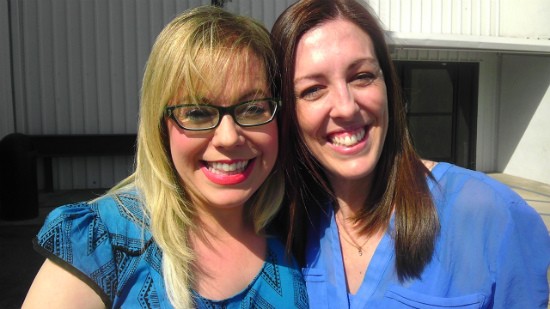 Lehman grew up in Ellisville and attended Lafayette High School where she played on the girls' soccer team. She went on to study theater at Missouri State University before moving to Los Angeles in the fall of 2007. Lehman says her father remains the driving force behind her acting career, telling her, "You gotta get out of your room! You gotta go get in front of people!"

Lehman says Criminal Minds allowed her to flex her acting chops and was different from her normal roles as "the quirky best friend," or the "young professional" or "young wife." Lehman has starred in two online series, 3Way and Bad Camera.

Lehman says she plans to watch tonight's show with a couple of girlfriends, maybe with some wine and cheese.

"I just consider myself very fortunate to have gotten the opportunity," she says of her time on Criminal Minds. "I just soaked up every single moment, because work in this business can come so quickly and be done so quickly. You just have to enjoy it. That's what I'm doing right now, is just enjoying every second of it."