via
Not the only weapon used in this crime.

Some sort of disagreement over handiwork prompted one man to attack another man with a hammer in a fight that quickly escalated into a full-on gun battle, according to St. Louis metro police officials.

In what could be the strangest incident of violence that we've heard about all week (and there is a lot of competition!) police say that a man driving a red minivan showed up to a home on the 4600 block of Enright Avenue -- armed with a hammer. He had previously done handiwork there, police say, and it seems he showed up to confront the resident.

Soon, he started swinging his hammer at the victim. And, according to police, both men eventually pulled out their guns and traded shots.

The official police report about the incident, which took place on Wednesday around noon, leaves a lot of questions unanswered. The nature of their relationship is not totally clear. All we know is that the man who is considered the suspect, the one with the hammer, had done some handiwork in the past for this 53-year-old male, the victim.

And the argument, police say, was about the "previous handiwork being done at the victim's home by the suspect."

The suspect remains unknown, and it's not clear if he's a professional handyman or a friend who just did some work at one point. 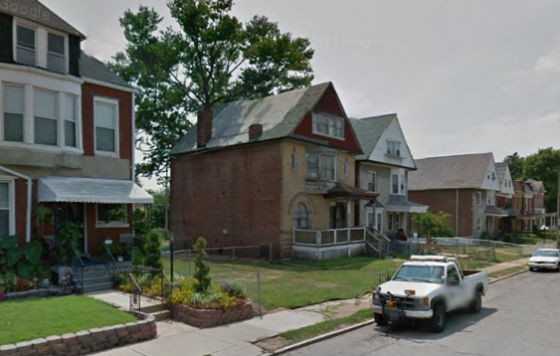 Either way, police say he began swinging the hammer at the 53-year-old man, who had been chatting with a neighbor when the suspect pulled up.

The victim was hit in the arms and fled to the front porch of his home.

Apparently not satisfied with the hammer assault, the suspect then allegedly returned to his vehicle and brought out a gun.

He fired four to five shots at the victim, hitting him in the upper right leg, police say.

The victim got his gun, too, and returned fire -- shooting his attacker about five times.

The suspect, however, was able to get back into his vehicle and flee on Enright Avenue.

Incident: Assault 1st (Shooting) Location: 4600 block of Enright Dates/Times: 04/03/13 @ 12:16 Victim: 53-year old black male Suspect: unknown black male Vehicle: Red mini-van, possibly a Dodge or Chrysler The victim stated he was speaking with his neighbor when the above suspect pulled up in the above vehicle and began an argument with the victim over previous handiwork being done at the victim's home by the suspect. The suspect then started swinging a hammer at the victim, striking him in the arms. The victim then fled to the front porch of his residence at the above location. The suspect then retrieved a gun form his vehicle and fired four to five shots at the victim, striking him in the upper right leg. The victim fled into his residence and retrieved a gun and returned fire, firing five shots at the suspect. The suspect then reentered his vehicle and fled east on Enright. The investigation is ongoing.