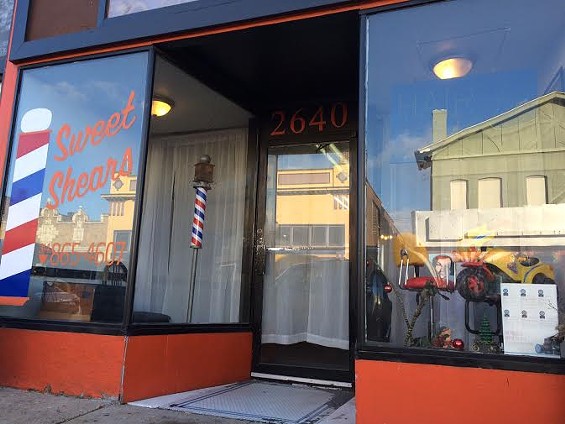 Angela Lee wanted to see Cherokee Street for herself.

It was 1994, and Lee was cutting hair on South Grand when a client told her about the up-and-coming business district. She remembers taking an hour off on a Saturday, a very busy day for hairdressers, to visit Cherokee Street and see if it was the kind of place she could do businesses.

Twenty-one years later, her shop Sweet Shears Barber and Beauty Salon is a staple on Cherokee Street, serving three generations of clients who drive in from all over St. Louis County and southern Illinois.

"I'm a cornerstone business," Lee tells Daily RFT. "I've been here for the community. When there wasn't anyone else on Cherokee, I was here faithfully."

Now Lee risks losing the shop she and her family built from scratch. After negotiations with her landlord stalled, she needs $7,800 to pay back-rent by the end of January or she'll be evicted.

"I want a second chance," Lee says. "I still have clients who are dedicated, who were here from the beginning. I still have them, but life changes."

Lee's neighbors on Cherokee don't want to see her go. Sam Coffey, owner of the Fortune Teller Bar across the street from Sweet Shears, set up an online fundraiser so Lee can gather the funds she needs to keep going.

"Sweet Shears isn't just a barber shop, it's an institution," writes Coffey on the shop's Go Fund Me page. "It's a second home to three generations of loyal customers, friends, family and everyone in between. It's a safe place for you to come and spend time with your neighbors and discuss local news, sports and politics. Just as she has over the past two decades, Angie continues to touch the lives of the community and provide a shelter for all those that enter her shop."

Lee prides herself on running a family-friendly shop, a place where parents know their children are safe, and she works alongside her son PJ and mother Delores.

"We were going to be a family place where people can bring their kids and when they grow up, they can come get their hair cut," she says. "And that's exactly what happened." 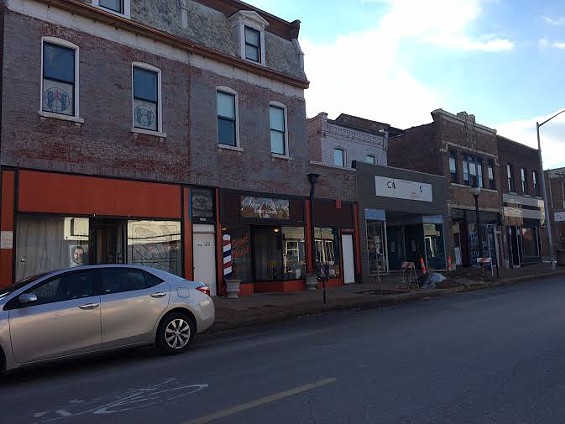 But things changed in 2008, when the economy took a nosedive and newly-trained barbers stopped renting booths from Lee's shop in favor of working at minimum wage-paying chain salons. Without a steady stream of new barbers renting store space, Lee's income began to shrink.

"Nobody can afford to pay the rent, so we dwindled down to two chairs," Lee says.

Even if she loses her current store, Lee is determined to stay on Cherokee Street.

"That's what people look for, they come back and look for Ms. Angie," Lee says. "We never ever thought to leave."