After 70 Years on the St. Louis Riverfront, Fate of S.S. Admiral Could Be Decided Tomorrow 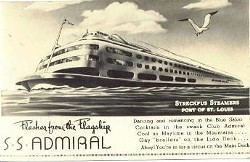 A 1940s poster advertising the Admiral.
She was originally built in 1907 as a side-wheeled steamboat named the "Albatross".

In 1940 she was transformed -- based on drawings from a female fashion illustrator named Mazie Krebs -- into a metal-encased, Art-Deco masterpiece. The $1-million makeover left only the boat's original steel hull and added five stories to its deck and the unheard of luxury of air-conditioning.

Rechristened as the "Admiral", the boat cruised up and down the Mississippi River from 1940 through the '70s taking as many as 4,400 passengers a time on its journeys.

In 1979 the ship was moored permanently onto the riverbank and became a nightclub. With the passage of riverboat gambling in Missouri in 1992, the Admiral was transformed into the President Casino. Now, after 70 years, the Admiral has officially fallen on hard times.

At its meeting tomorrow (January 27) the Missouri Gaming Commission is expected to recommend that the President Casino be closed in July. 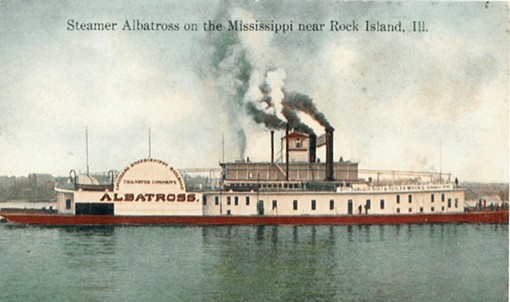 www.usgennet.org/usa/mo/county/stlouis/admiral.htm
A postcard of the "Albatross" that became the "Admiral".

The gaming commission wants to open up the boat's gambling license -- currently held by Pinnacle Entertainment -- to other bidders.

What's that mean for the Admiral? It's probably the death knell. The boat is scheduled for a Coast Guard exam in July and it's expected that its 103-year-old hull won't pass muster.

Burial at sea? Perhaps. Though, most likely it will be turned into scrap. But, hey, thanks to websites like this one, we'll forever have the memories. (Like this one of a guy sunning himself aboard the Admiral circa the 1950s.) 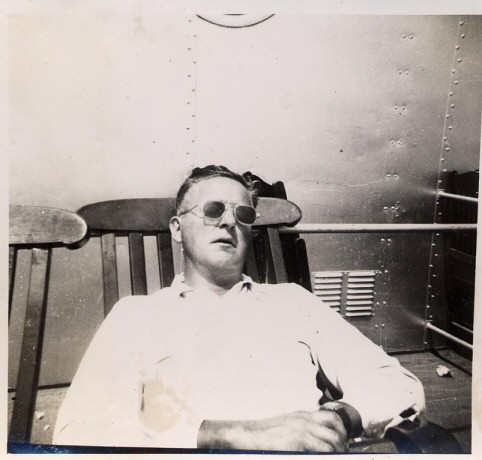