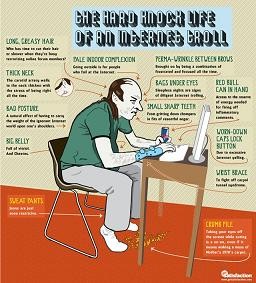 getsatisfaction.com
Trolls love anonymity.
So stltoday.com is experimenting with a new system on some of its blogs, requiring that readers log-in via Facebook before commenting. The procedure essentially eliminates the ability for people to leave anonymous comments with their Facebook name and photo appears next to anything left in the discussion board.

As you might suspect, many of the notorious commenters on stltoday.com message boards aren't having it. In an article last week, the paper revealed that 82 percent of its online readers who took part in a recent poll said they regularly read the discussion section on news stories. Moreover, the poll suggested that the "vast majority" of those people prefer a system that allows for anonymous commenting.

(This recent poll, btw, seems to directly contradict a similar poll the paper conducted two years ago, in which 57 percent of readers voted to do away with commenting all together.)

But it was in the comment section -- ironically enough -- of last week's article where the discussion about stltoday.com's Facebook system got really interesting.

As the following conversation indicates, it seems the paper cares more about pageviews than it does in eliminating trolls from its comment sections. (Highlight added for emphasis.)

To be fair, Riverfront Times also allows anonymous online feedback through our Disqus commenting system. However, we also routinely publish those anonymous comments in the print edition of the paper.