"You Ripped My Freaking Heart Out" 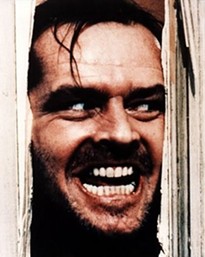 Not a bad way to open up a murder trial, eh? A real attention getter, sure to wake up even the sleepiest of jurors. Scott Turow is almost certain to use it in his next courthouse potboiler.

In any case, that's how St. Charles County Prosecutor Jack Banas began his opening statement earlier today. It were those horrifying words, said Banas, that William E. Taylor hurled at his girlfriend before stabbing her 22 times with a screwdriver.

Taylor, 47, is charged with first-degree murder, burglary and armed criminal action in the May 2007 death of Harriet Mallow, 61.

The Post-Dispatch reports that Mallow's husband died in a hunting accident a few years before her own untimely death and that she began dating Taylor in September 2005. She invited him to move in with her sometime in early 2007 and kicked him out not long after.

Taylor was unemployed and, while confessing to police, told them he had a gambling problem. He also admitted stealing jewelry from Mallow, which he put in a plastic bag and tossed it out the window of his truck near Highway 40 and Highway 94.

Investigators found the jewelry just where Taylor said it would be.

The screwdriver, though, remains on the loose.