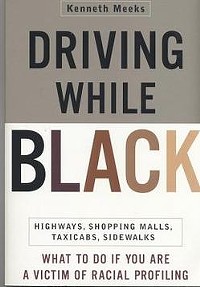 So much information; someone should write a book. Oh...wait.
The Attorney General's office is out with its survey of vehicle stops in Missouri aimed at highlighting and combating racial profiling in the state.

By law, all police departments in Missouri are required to document a driver's race for each vehicle stop they make and report that data annually to the Attorney General. The AG's office then crunches those numbers to arrive at a "disparity index" indicating the likelihood drivers of a given race or ethnic group are stopped based on their proportion of the population age 16 and over in a given community.

So, which municipalities in greater St. Louis can black drivers expect to be pulled over the most? Here are the top ten based on 2010 figures:

The St. Louis police department, btw, ranked pretty far down the list at No. 59 with a disparity index for black drivers of 1.42.

You can make your own list by using the Advanced Search option within the Attorney General's database.