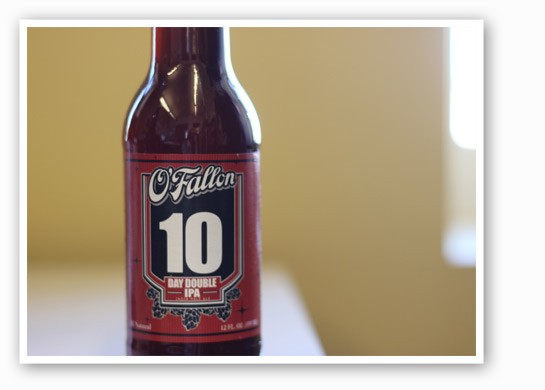 O'Fallon Brewery (26 West Industrial Drive, St. Charles; 636-474-2337) has found a new home in Maryland Heights. As we reported in October, owner Jim Gorczyca is planning expanded brewing operations and a tasting room and bar. He announced last week that O'Fallon will be taking over the 40,000-square-foot space at 45 Progress Parkway near Westport Plaza.

"We haven't had an opportunity to engage with our customers. People knock on our door every day, wanting to come in and try the beer and take tours and get something to eat, but we currently aren't set up to do that," Gorczyca tells Get Check. "We needed a facility to allow us to produce all our beer in one location and cater to our customers' needs."

"Maryland Heights works for us because it's closer in, which puts us close to more people, but it's not too far away from O'Fallon," Gorczyca says. "With the new Page extension and its proximity to St. Charles county, we could really cater to both our current customers in O'Fallon, and then new customers all the way down into St. Louis city, so it gives us a great opportunity."

The 40,000-square-foot building will mainly be to increase brew capacity from the current 15 barrels to 50 barrels. The added fermenters will allow O'Fallon to produce 25,000 barrels a year -- double present production, though there's room to expand to 50,000 if need be.

Gorczyca says it's a $7.5 million project, which is being funded by the bank, equity O'Fallon has raised, plus investors. "Craft beer is on fire right now, and there's been a number of people interested from all angles -- it hasn't been too hard a sell," he says.

O'Fallon Brewery will close on the building at the end of March and build out the facility over the summer, followed by equipment installation in the fall and hopefully be brewing by the end of the year. Gorczyca says he knows it's a pretty aggressive plan, but it's one he feels like they can achieve.

Like he told us a few months ago, Gorczyca says the new brewery will allow O'Fallon to make smaller test batches and get feedback from customers instead of just the brewers themselves and wholesalers.

"It's just been super exciting knowing that craft beer is continuing to grow in the Midwest," he says. The brewery wants to keep a presence in O'Fallon -- it is its namesake, after all -- but overall the move will help it reach more St. Louisans and increase its community presence.

For now, production will continue as usual; look out for this week's release of Zeke's Pale Ale, the first new year-round brew since 2010, and the spring seasonal, Rager Red.