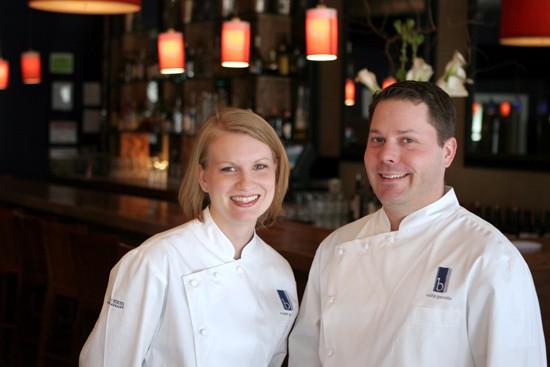 Colby Garrelts of Bluestem in Kansas City won the James Beard Foundation's "Best Chef: Midwest" award for 2013 at a gala ceremony in New York City this evening. Garrelts edged out Gerard Craft of Niche (7734 Forsyth Boulevard, Clayton; 314-773-7755) and three other chefs: Justin Aprahamian of Sanford in Milwaukee, Wisconsin; Michelle Gayer of the Salty Tart in Minneapolis, Minnesota; and Jack Riebel of the Butcher & the Boar also in Minneapolis.

(Critic's aside: I dined at Bluestem in March 2012. It lived up to the hype and then some. Highly recommended to those of you traveling to Kansas City or looking for a reason to do so.)

This marks the fourth time that Craft, the only St. Louis chef ever to be named a finalist for the "Best Chef: Midwest" award, has missed out on the honor.

However, the chef and owner of Niche, Brasserie by Niche, Taste and Pastaria can take some comfort in the fact that patience pays off: This year marked the seventh time that Garrelts had been named a finalist.

Craft congratulated Garrelts on Twitter shortly after the award was announced:

Couldn't be happier for my boy @colbygarrelts ! About time brother! Congrats! #missouri