So apparently the FTC now mandates I tell you what the category title Gut Check's Swag Bag should imply: I was sent a free 750-ml bottle of Seagram's 7 Dark Honey blended whiskey to sample. 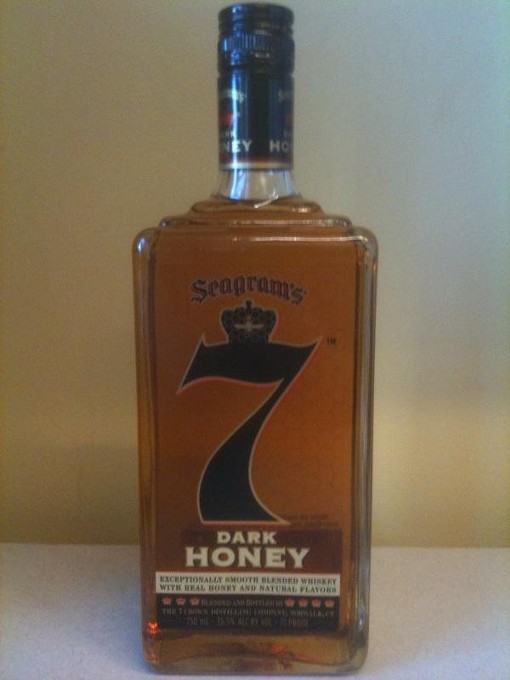 It arrived after the holidays, thus sparing my wife, in-laws and myself untold whiskey-inspired hi-jinks.

The beverage is, indeed, something like the color of honey, and the bottle has a honeycomb pattern on the back, which you might be able to make out in the photo above.

How does it taste? The aroma had a definite cinnamon note. Cinnamon was also present in the flavor, though to me it tasted more generically "sweet" than anything else. The burn was unpleasant.

A  colleague noted a strong resemblance to Goldschläger. I'll have to take his word for that: I haven't drunk Goldschläger since college, and I don't remember the experience.

I think those two facts might be related.
© 2023 Riverfront Times