Craft Beer Cellar Set to Be Our New Favorite Store 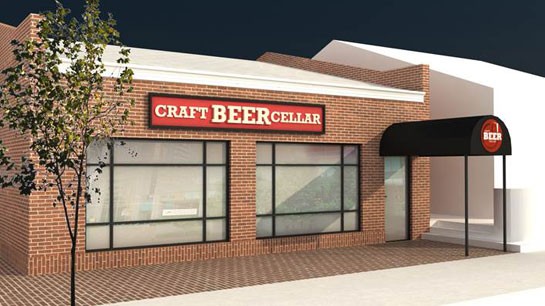 St. Louis' craft breweries are growing swiftly, and to that end, local grocery stores carry several varieties. Still, it can be hard to seek out exactly what you want if you're unable to hit breweries like Perennial Artisan Ales and Second Shift, which are more than an hour away from each other. It seems the upcoming Craft Beer Cellar is an answer to our prayers.

"We're gonna try to carry just about everything, international stuff, but our main focus will be microbrews, craft beers -- anything that's small and local," co-owner Brandon Nickelson tells Gut Check. He estimates the shop will have around 1,000 different bottles. "We really wanna support our local breweries, because they're growing like crazy. Theres a lot of interesting ones out there." 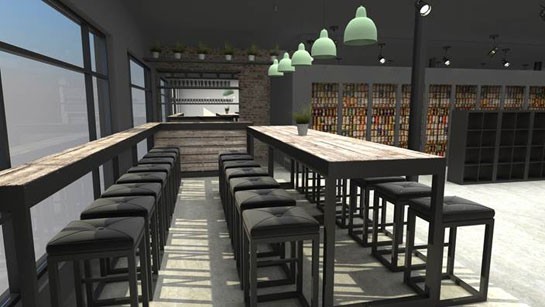 The tasting and growler station, near the front of the store. | Craft Beer Cellar

The Craft Beer Cellar was actually founded in 2010 by Kate Baker and Suzanne Schalow (lady beer geeks? We love it.) and has five locations in Massachusetts. Nickelson and his brother Ryan are franchisees for the first Missouri location -- the store is also coming to Brandon, Florida; Portsmouth, New Hampshire; and Waterbury, Vermont.

Nickelson has actually been working with beer for six years, including a similar store in Florida. "I've been in the business for a really long time, and Craft Beer Cellar is exactly what I was looking for," he says. "I really think this is a perfect fit for St. Louis."

Those 1,000 varieties will be available for purchase by the bottle, six-pack, or a create-your-own-six-pack situation. There will also be four or five specialty or rare craft beers on top of that you can sample and buy by the growler. The walk-in cooler will provide 1,000 square feet of shelving, and all the light fixtures will be LED, because fluorescent lighting is less-than-ideal for beer storage.

The view from the rear of the store. | Craft Beer Cellar

Nickelson says he has just made initial contact with local breweries regarding stuff like that (the lease at 8113 Maryland Avenue in Clayton was just signed) but has a long way to go as far as several levels of liquor licenses plus construction in what was a jewelry store. Craft Beer Cellar will join 5 Star Burgers and Half and Half in the plaza.

"Some of those restaurants have a really cool look to them, and we want to complement what they've got going on," Nickelson says about the 2,000-square-foot space. "We're aiming for March 1, but if I showed you my list of things to do before then, it'd blow your mind."

When it's open, Craft Beer Cellar will also host beer classes, tastings and perhaps even food pairings with local restaurants. All of the employees will be Cicerone Certified. "We think it'll be a big hit," Nickelson says. "We're really just beer geeks at heart."