Has "Ruth Bourdain" Been Unmasked? 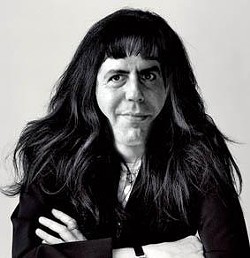 (Warning: This post contains spoilers. Food-media inside baseball, too. You've been warned.)

For more than a year now, the parody Twitter account of Ruth Bourdain has delighted -- and grossed out -- the food world with his/her mash-up of the haiku-like tweets of former New York Times restaurant critic and Gourmet editor-in-chief Ruth Reichl and the gleeful obscenity and fuck-the-Man spirit of author and television host Anthony Bourdain. The account even won an award for "Humor" from the James Beard Foundation.

Guessing the identity of Ruth Bourdain has become something of a parlor game for celebrity chefs, members of the food media and many of her 45,000-plus followers.

Now, Lee Svitak Dean of the Minneapolis Star-Tribune has fingered a prime suspect:

How do I know who Ruth Bourdain is? He was tweeting while listening to the same speaker I was, in a closed room in Charleston, SC, at a conference with the Association of Food Journalists. Ruth, Ruth, Ruth. You wanted to be found out!

For what it's worth, Sietsema issued a (sort of) denial to Eater this morning.