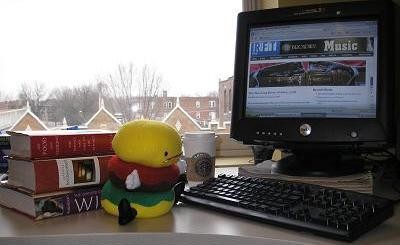 A look at what's happening at our favorite St. Louis food blogs...

The Pollacks file a review on that tried-and-true favorite, Café Provençal.

At A Veggie Venture, Alanna makes a Balkan eggplant casserole.

Curried black-eye pea soup is on the menu at Show Me Vegan.

At STL Hops, Mike has photos from Schlafly's Hop in the City event.

At Feast, George Mahe has new of Café Brasil's relocation from Rock Hill to the Central West End.

Do you know a St. Louis food blog we should read? Do you write one yourself? Drop us a line.