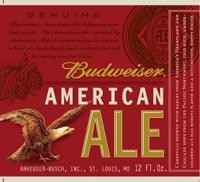 Every Wednesday, from roughly 5:30 to 6:30 p.m., Delmar Loop institution Cicero's hosts beer school. As part of a semi-regular account of the beer sampling and sudsy knowledge gained, RFT editorial fellow Matt Kasper will write about the beer he tastes and the people who present it.

If you are reading this at work and get thirsty, Matt apologizes. But maybe you shouldn't be wasting company time.

Last night, George F. Reisch, a brewmaster for Anheuser-Busch, presented three beers: the Pale Ale, the Amber Bock and the American Ale, which was just released in late September. Now, I'm usually not a big fan of Anheuser-Busch beers like Budweiser. They taste too light and watery. Maybe that makes me un-American, though I'm guessing the InBev buyout might give me some cover.

Anyway, the three beers we sampled last night were a lot tastier than I expected. And the presentation about beer was tremendous. Reisch definitely knows his stuff.

"I love people who love beer," he declared at the beginning of the session. "I was homebrewing when it was an illegal federal act."

Throughout the night, Reisch passed on seeds of wisdom. He said adding wheat increases foam. He said drinking beer out of the bottle is no good because you are essentially swallowing the beer in its condensed state -- pouring it into a glass lets it aerate. Of course, he doesn't like pint glasses either. He prefers a tall, skinny champagne-style glass for a more concentrated taste.

The seeds of wisdom assumed a literal dimension at one point when pale malt and black malt seeds were distributed throughout the crowd and discussed. The pale malt seeds tasted like grape nuts. My seat mate, Tarren, said the black malt seeds "taste like I ate Starbucks."

The three beer samples went down easy -- Amber Bock was probably my favorite because it includes a crisp taste with a more full-bodied flavor. Reisch seemed to be pushing the American Ale for its equal gender appeal.

Check in next week for more beer news...